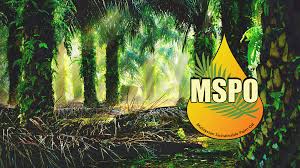 The Malaysian Sustainable Palm Oil (MSPO) certification is calling for public comments on its standards. In an on-going drive towards global acceptance of the certification scheme, the governing body, Malaysian Palm Oil Certification Council (MPOCC) has created a public input period from August 01,2019 to September 30, 2019. Information from the MPOCC’s website on the review reads as:

“The MSPO Standards, MS2530:2013 series and the Supply Chain Certification Standard used under the MSPO Certification Scheme is a set of national standards that addresses sustainability and traceability requirements of the oil palm industry in Malaysia.

In line with the guiding principles of the Standard Setting and Review Procedure adopted by the Malaysian Palm Oil Certification Council (MPOCC), the MSPO Standards (MS2530:2013 series and Supply Chain Certification Standard) used under the MSPO certification scheme, is now due for systematic review. This is to ensure continued relevance and effectiveness in meeting the stated sustainability objectives of the Standards.”

More information on the standard settings of the MSPO can be seen on this link.

First introduced in 2015, the MSPO was declared as a mandatory certification scheme for all Malaysian palm oil production in 2017. An aggressive schedule was then set for the complete certification of all palm oil operations by 2020. This might have been too aggressive as the planted acreage of 5.8 million hectares includes some 500,000 smallholders.

Total certified areas and operations as of early August 2019 is 41.9% as reported on the MPOCC website. The certification process got off to a fast start as the MSPO acknowledged other palm oil certification schemes, including the RSPO, by waiving the requirement for a Stage 1 Audit for operations already certified by other certification schemes. Certifying the rest of Malaysia’s palm oil industry may not be as easy especially for the small to medium growers which form an estimated 40% of Malaysia’s palm oil production.

Nonetheless, the owners of the certification scheme, the MPOCC has called for a standards review as it seeks global acceptance of its certificates.

Europe and Japan for MSPO

The key goal for the MSPO is for acceptance by the European Union and the Japanese market for biofuels which are increasingly demanding that their imports of palm oil be certified.

Towards that end, the MPOCC conducted an “assessment of the robustness of the MSPO” against that of the ISCC in early 2018 to find out where the gaps or shortfalls of the certification scheme are in order to meet global requirements for sustainable palm oil.
Independent reviews or comparions of the MSPO certification scheme against other schemes, notably the better known RSPO have been made by groups including EFECA, WWF and Forest Peoples Programme. Having monitored the MSPO scheme since its inception in 2015, these are our recommendations for the MSPO if it wants to be recognized as a credible certificate globally.

Recommendations to improve credibility of MSPO

1.Transparency in traceability should be the top priority for the MSPO.
2.Location and location
3.Complaints and Disputes
4.Deforestation and Peatlands.
5.Conservation with Government and Other Industries
- As a semi-governmental body, the MPOCC can only do so much to influence land use policy. Yet, if it is to be recognized globally as a certification body for sustainable palm oil, it has to use every resource and political tie available, to work with the different states to address the key issues that define sustainable palm oil, the dominant issue being conservation. It may be only one industry out of several that affects conservation areas in Malaysia but as a primary industry, it has to strive towards the overall conservation needs of Malaysia by strengthening projects like those of the Malaysian Palm Oil Council Wildlife Fund.

- This is a need as a recent study by the University of York has shown that connected forest networks are essential to protecting endangered species. The study may fall short in the case of Malaysia where other industries control as much landscape as palm oil but it is a useful note to Malaysia that if it wants its palm oil certificates to be recognized globally. It will have to use its influence to create these large connected conservation areas with the engagement of state governments and other industries.

These are tall asks of the MSPO as no certification system for palm oil has been able to achieve all these requirements for sustainability in palm oil. As with all things, the first step towards achieving goals are stated policies. As the standards review continues for the MSPO, it would be a positive first step for the certification scheme to include these standards into policy.

Let the Malaysian sustainable palm oil certification scheme know what you think by taking part in this minute survey.