The World Health Organization recently published a study on its website which looked into research on the health impacts of palm oil. Its publication has been criticized by the Malaysian palm oil industry as sensationalism.

The study, titled, “The palm oil industry and non-communicable diseases” said that industry influence on research was similar to that of the tobacco and alcohol industries.

"The palm oil industry has also sought to influence global health policy-making. For example, during the drafting of the 2003 WHO/FAO report on Diet, Nutrition and Prevention of Chronic Diseases, the Malaysian Palm Oil Promotion Council questioned the palm oil-related health concerns raised by the report and suggested that any efforts to curb consumption would threaten several million peoples’ livelihoods.33 These tactics – establishing lobbying structures in political and economic hubs, fighting regulations, attempting to undermine reliable sources of information and using poverty alleviation arguments – are similar to those pursued by the tobacco and alcohol industries.38" 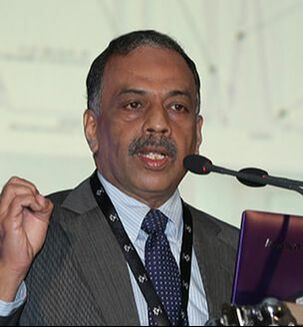 In suggesting that the protection of millions of Malaysian livelihoods and poverty alleviation is not just cause for the government to lobby so hard, the study authors have shown that they are unaware of what makes the world tick but what enraged the Malaysian palm oil industry was the study’s citation of a lone report on Japan Tobacco’s lawsuit on the lack of science behind second hand smoke and cancer.

The industry outrage is understandable as the study attempt to connect the protection of livelihoods to the side effects of a known carcinogenic is a far reach indeed. In a widely published retort, the CEO of Malaysian Palm Oil Council, Dr Kalyana Sundram stated:

“I find special offense against this association of an essential food product that provides millions of people globally with an affordable vegetable oil to a non-essential narcotic which is tobacco,"

The contents of the study was picked apart by Malaysian researcher, Wong Ang Peng. His criticism is supported by the study text which as damning as the overall content was, admitted that:

“The contested nature of the evidence suggests the need for independent, comprehensive studies of the health impact of palm oil consumption,”

The overreach by the study is clearly seen as it tried to sound authoritative but then started to slide sideways as it tried to connect the palm oil industry to human health vis-à-vis “the haze” that has made media headlines every El Nino season. Quoting from the WHO study:

"The study also pointed to the health effect of the production of palm oil in countries where it is grown, with slash-and-burn agriculture causing air pollution and haze linked to premature deaths, respiratory illness and cardiovascular diseases.
Of major concern is the effect of exposure to particulate matter on foetal, infant and child mortality, as well as children’s cognitive, educational and economic attainment.”

What the study authors should have noted prior to this conclusion is the fact the causes of the haze is due to different actors including the pulp and paper industry which occupies large swathes of the Indonesian landscape and has been identified as contributing causes of the haze. A bit of online research into causes of the haze in Central Kalimantan would have quickly revealed that the concentration of hotspots there are around a failed attempt to grow rice.

A bit more research would have shown that Malaysian citizens are victims of the transboundary haze and not a cause. Yet, the second largest producer of palm oil globally is being named as an industry guilty of trying to influence research into palm oil. Were the study authors aware of these widely known facts?

Equally questionable is the participation of UNICEF in the study. If the health and welfare of children in Indonesia was a concern, it would have done better to look into the smoking epidemic.

A report by CNN in 2017 detailed the smoking epidemic in Indonesia that includes a large population of children who use tobacco. This would have made a better topic of study for UNICEF instead of a study on what other studies are saying but in no way, provides a reason for the study to associate palm oil with tobacco.

If the WHO, on the other hand, was truly concerned about palm oil industry research, it should have engaged the industry, as Dr Sundram suggested, and provided guidelines for research. The organization which wants trans fats to be eliminated from foods could provide some clarity into any replacements for trans fats. As the popular website for health matters, Mercola, points out, common replacements for trans fats including peanut, corn and soy oils are potentially just as bad or worse than trans fats.

Some of our readers may question the inclusion of Mercola as an authoritative opinion on edible fats as the opinion expressed actually advocated a return to animal fats but if the WHO study can use environmental activist websites to form an opinion on palm oil, then Mercola should be a quotable source.

Sarcasm aside, a more authoritative opinion on palm oil and the heart can be accessed from this publication on the National Library of Medicine website which introduces the review as:

"Palm oil consumption and its effects on serum lipid levels and cardiovascular disease in humans is still a subject of debate. Advocacy groups with varying agenda fuel the controversy."

The review concluded that:

"Palmitic acid the main saturated fat in palm oil has a similar effect on lipid profile as the monounsaturated fat oleic acid that is currently recommended. In addition palm oil also contains oleic and linoleic acids, and vitamin E tocotrienols that are powerful antioxidants and inhibit cholesterol synthesis as well."

The authors of the study declared no conflict of interest unlike this earlier protestation filed by Dr Koh Chu Sing which is referenced in the WHO study. His letter to the WHO argued against a report by WHO/FAO “Diet, Nutrition and the Prevention of Communicable Diseases.”

Unlike the current study which admitted a need to better understand and address “ the content, health impact and supply chains of palm oil products and the lack of a current viable alternative” to replace it, one of the arguments presented by Dr Koh in 2003 on the dangers of trans fats is now seen in the WHO's wish to eliminate trans fats from human foods.

His main argument on using palm oil as a natural solid fat versus the potential risks of hydrogenating other vegetable oils simply to make a solid fat will remain contentious but one key statement made should be used by WHO for future studies into heart health.

"A good diet can be achieved when there is variety, adequacy and wholesomeness and is physically, psychologically, socially, culturally and religiously acceptable to the population."