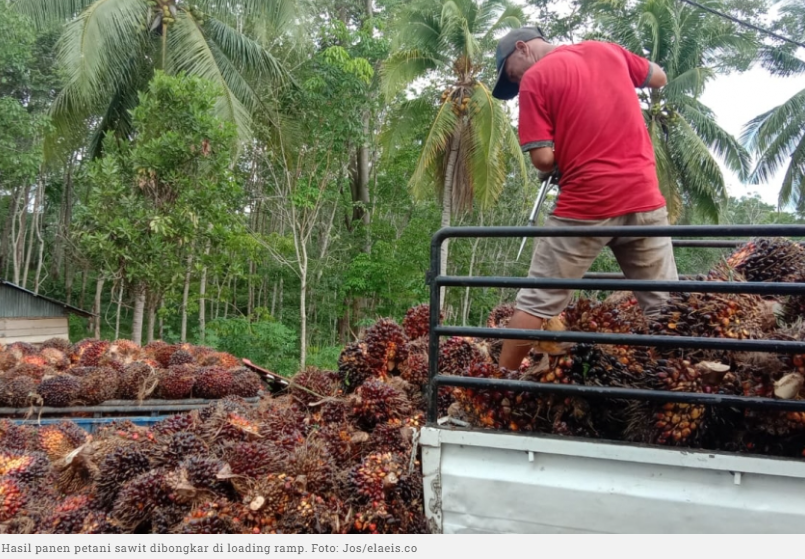 The inclusion of smallholders in sustainable palm oil programs has increased in recent years when studies showed that they are a major cause of environmental damage as this report from CIFOR shows.

A comprehensive paper on Future Smallholder Deforestation provides deeper insight into the role of smallholders in palm oil deforestation.

Indonesian smallholders stand out as a major risk of on-going deforestation in the global palm oil supply chain. Estimated at approximately 4 million strong, smallholders produce about 40% of the total national palm oil supply and occupy nearly half of the country’s palm oil cultivation areas. The areas under smallholder control saw a massive expansion in the last twenty years from less than 1.6 to 5.8 million hectares.

While the knowledge to include smallholders in sustainable palm oil production is known, the risks of further deforestation by palm oil smallholders in Indonesia remains high as their livelihoods are threatened by pressure from all sides.
The Indonesian government’s decision to ban the export of palm oil earlier on has highlighted the challenges for Indonesian smallholders to maintain a farm profitably.

Industry media Elaeis.co ran several reports on the dire situation of the smallholders who have taken to making public pleas to President Jokowi. According to the report, the cost of producing one kilo of palm oil fruit had risen to IDR1,800/kg but the farmers are only able to fetch IDR1,600/ kg.

This situation was supported by an Indonesian palm oil industry media platform, Sawit Indonesia, which ran a shocking headline where the value of a kilo of palm oil fruit was worth only two cups of mineral water.

The chairman of the smallholder farmers' group APKASINDO, Gulat Manurung, has issued a demand to the government to scrap a requirement for exporters to sell a portion of their palm oil domestically, a move that should boost shipments and mean mills pay more for fresh fruit bunches (FFBs), a farming official said.

The farmer’s frustration with the Indonesian government is completely understandable as global prices for Crude Palm Oil hit global peaks which had never been seen before. Yet their produce was left to rot in the field as processing mills stopped buying from smallholders.

It was a combined threat of export revenue loss and overflowing storage tanks that caused the Indonesian government to buckle under and cancelled its export ban.

The cancellation was rejoiced by FMCG companies which saw higher profits when palm oil prices eased:

Crude palm oil, a key raw material for most FMCG companies, has fallen from highs of $1,800 per tonne earlier to $1,200 per tonne now. “We are enthused by this deflation but need to see its sustainability; but recent sharp rate hikes, drying up of liquidity and risk off bodes well for commodity deflation,” said brokerage firm Edelweiss Securities in a note.

Musim Mas, a major Indonesian producer and exporter of palm oil, did their bit by offering up a higher price for Fresh Fruit Bunches. Even so, this is still far below what Malaysian smallholders were getting for their palm fruits.

The takeaway from all this, is that the Indonesian smallholder will remain a key contributor to deforestation. Their portrayal in a sustainable palm oil supply chain should be seen as shameless peddling of a stakeholder that has enjoyed some cosmetic make up for the camera.

The frustrations of the Indonesian smallholder with the global market pressure on them was expressed by Miss Goldameier Mektania, who goes by the Twitter handle @goldsmeier.

"The situation is also a proof that the sustainable market concept that being forced in the industry which includes smallholders, has failed to protect smallholders itself.  Because during market chaos, the victim or the weaker end is, again the smallholders. Sustainable palm oil concept has proven to be a faux pas once it's betrays the livelihood of the people, in this case, the smallholders."