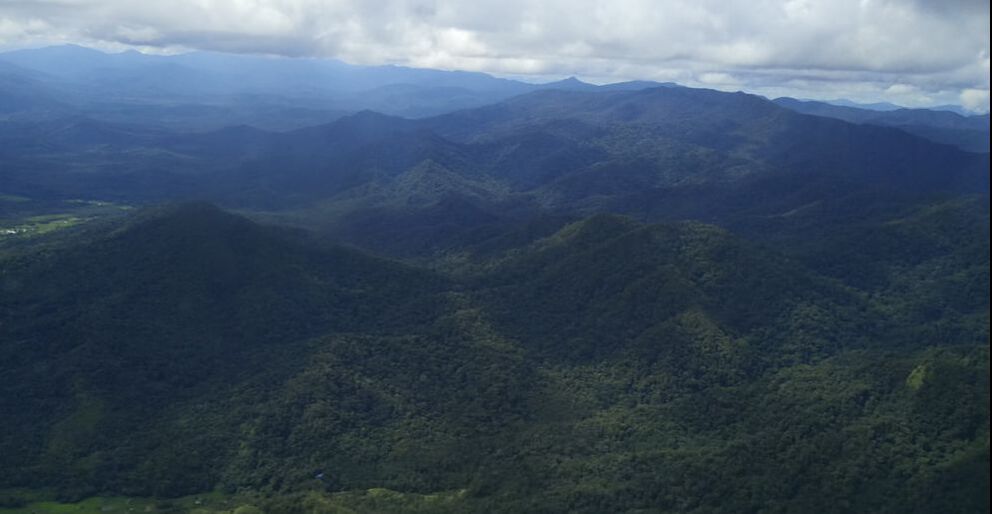 Morgan Gillespy, global director of forests at CDP was quoted in the press release as saying, "The silence is deafening when it comes to the corporate response to deforestation."

The CDP which was formerly known as the Carbon Disclosure Project states in its mission and vision that it “runs the global disclosure system that enables companies, cities, states and regions to measure and manage their environmental impacts. We have built the most comprehensive collection of self-reported environmental data in the world.
Our network of investors and purchasers, representing over $100 trillion, along with policy makers around the globe, use our data and insights to make better-informed decisions. Through our offices and partners in 50 countries we have driven unprecedented levels of environmental disclosure.

So why did such a huge majority of companies fail to share their data with CDP? Was it a problem with corporate secrets? That confidential information on supply sources or raw materials used is too sensitive to be shared? Or was the problem something to do with potential allegations that company supply chains maybe associated with deforestation? The CDP named  Mondelez and its palm oil supplier Rimbunan Hijau Group as one of the companies who have failed to entertain CDP for three years? Is this a common tactic of CDP to create reputational risk in order to drive participation in its data collection?

If the reputational risks or brand damage from being associated with causing deforestation is such an important factor for profitability, why did so many companies choose to ignore CDP? Do these companies not care about their brand image or are they simply overwhelmed by the complex causes of deforestation?

CDP aside, there’s no end of groups like Chain Reaction Research which bring up the issue of deforestation as is seen in this report on Cargill which headlines that:

It is quite possible that corporations are started to recognize that deforestation by itself, does not determine whether a product is better for the global environment or not. Especially in the case of multinationals like Cargill where its products maybe sold in the very same places they source from. The company’s decisions on how to deal with the environmental impact of soy was criticized by environmental groups in the US but a statement made to Mongabay reflected the wider concern of the company as a global entity.

“We don’t support a [Cerrado] moratorium that simply cuts off farmers for exercising their legal land rights. We do support working alongside our industry to consider short term actions that would support farmers so livelihoods are not adversely impacted, as the wider industry considers how to provide longer term solutions.”

Will the 30 million dollar allocation help Cargill to find solutions for less environmentally damaging raw material supplies that will have a better semblance of “sustainability?” Its final impact remains to be seen. For now, its recognition of the importance of non-forest biodiversity in the savannas of the Cerrado and local farmers holds the potential to produce soy sustainably despite anything that environmentalists or forest monitoring groups may say.

As Sarah Sax rightly reported in Mongabay:
"Soy is becoming a hot topic. It is one of just four crops responsible for around 75 percent of deforestation worldwide, with a disproportionate amount of that native vegetation loss occurring in the Brazilian Cerrado biome, bordering on the Amazon."

Cargill and indeed the soy industry in South America has much to learn from the lessons provided by the palm oil industry in Southeast Asia. The key lesson is that top-down pledges or policies on paper like the New York Declaration on Forests will fail abysmally. Putting boots on the ground to work with local governments and communities the way Cargill is planning to do is undoubtedly more expensive than holding a conference in New York but its net results should be more impressive.

Sustainability must be inclusive
Global industries need to shift their focus on deforestation as the sole determining factor of sustainability away. This is simply because a sustainable product cannot be pigeon holed into the simple discussion of whether forests were lost.

The discussions on deforestation must be expanded into acceptable deforestation such as those committed within jurisdictions that have comprehensive land use plans. This is especially important for jurisdictions that are rain-forest rich but suffer from a lack of development. There should not be any expectations that they remain undeveloped when developed economies like that of Australia or Russia continue to dominate the rankings for highest deforestation rates.

In these days of global climate change and the needs of a booming human population, the socio-economic impact of a product must be weighted as heavily as its environmental impact in order to create a truly sustainable product.

As we look forward to the next few years, the most encouraging words for an inclusive world comes from the EU Commissioner for International Development, Neven Mimica, who said:

“We stand ready to work with partner countries to protect and sustainably manage forests across the world. This is about food security, water, climate change, resilience and peace. It's about building a more sustainable and inclusive world."