​One of the better known certification bodies for sustainability in palm oil, the Roundtable on Sustainable Palm Oil or RSPO as its popularly known, has approved a new set of standards for its members. Reaction to this news has been positive as headlines of “sweeping changes” and “transformative standards” have been used to share the news. 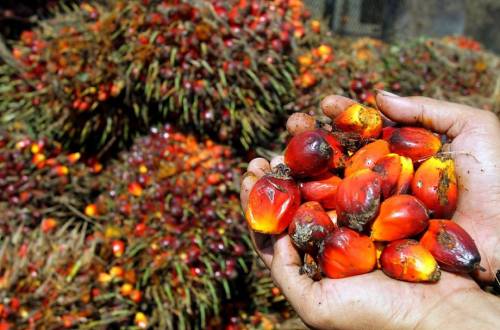 Set against the backdrop of its certified supplies coming from peat clearing in West Kalimantan and allegations of members sending orangutans to the brink of extinction, it was perhaps news that was needed to shore up the certification body but will this new set of standards create wall to wall standards in offices or actually produce sustainable palm oil?

As reported by the environmental news portal Mongabay,  the new standards prohibit planting oil palm on any type of forest including secondary forests. The same report by Mongabay goes at length to question the lack of enforcement and the “cautious optimism” that has been recorded.

The Palm Oil Innovation Group (POIG) which was “established by a number of NGOs and progressive palm oil growers as a forum for actors along the supply chain to work together and create solutions to major challenges facing the palm oil sector and existing certification systems, including the RSPO” reacted by welcoming the news but added that “robust implementation was still needed.”

Industry monitor, Foresthints, issued a challenge to the RSPO by naming an RSPO member which is actively violating the Principles and Criteria, even in its older version.

“The ongoing palm oil plantation expansion by PT ANJT, an Indonesian-listed company which is also an RSPO member, is one case in point, and can be used as a yardstick for measuring how seriously the new RSPO standard is truly being implemented.”

The most notable statement on the new standards and one which may lead to defining the RSPO as an elite certification body rather than one that promotes global sustainability came from RSPO co-chairman Datuk Carl Bek-Nielsen  who was quoted as saying:

“ that in pursuing high standards, there was a serious risk of eliminating 60% to 70% of the world’s palm oil producers, who will never be able to live up to the RSPO’s standards.”

With these new standards, the RSPO looks like it is pandering to the demands of rich consumers in developed countries.  It would make the use of the term “sustainable palm oil” paradoxical because it is correct at the same time as it contradicts how others in developing countries see sustainability in palm oil. A less conflicting term would be “certified palm oil” but with its decade long commitment to promoting “sustainable palm oil” the RSPO has no choice but to try and prove that it is sustainable and not merely certified.

The Indonesian province of Papua which is at once the last remaining forested region and the least developed province will be a litmus test of whether RSPO certified palm oil is “sustainable” or whether the simpler claim  of “certified palm oil” is more appropriate of what it does. How the RSPO responds to deforestation in Papua will be a clear signal to African countries looking to sustain themselves through self sufficiency and self generated development funds through palm oil.