The Malaysian Minister for Plantation Industries and Commodities Minister Datuk Zuraida Kamaruddin has been on a war path to ramp up what she called ‘propaganda’ against palm oil.

Palm oil bashing is a source of revenue for online media, especially foreign ones in markets where there is some anti palm oil sentiment. 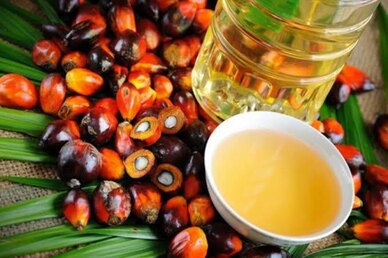 Online publications with no historical ties to the vegetable oil industry or sustainability have jumped on the cash wagon and repeated articles ad nauseam in order to earn income from clicks. Their straight-out re-publication of articles that may not contain a single iota of truth may earn them some money at the expense of palm oil farmers but that’s a social justice fight for another day.

So it was that a report published by Gloria Pascual, Diana Domínguez, et al. was quickly spun into a click bait opportunity. Media coverage of the report shows the huge task ahead for the palm oil industry in any campaigns to fight disinformation.

Popular media jumped on the report and started to spread headlines that palm oil causes cancer!
​
Media like The Guardian UK reported that “Fatty Acid Found in Palm Oil Linked Spread of Cancer” The Ecologist, another popular online magazine, rehashed it as “Palm oil linked to the spread of cancer.” Other websites too numerous to name and link in this blog also got on the clickbait cash wagon by republishing the reports. From there, the study on the effects of palmitic acid on mice quickly spun into palm oil and human cancers!

What on earth is palmitic acid?
A quick dive into palmitic acid showed that it is a saturated long-chain fatty acid with a 16-carbon backbone and is found naturally in palm oil and palm kernel oil, as well as in butter, cheese, milk and meat.

Other publications by the US National Library of Medicine report that “Palmitic acid (PA) has been for long time negatively depicted for its putative detrimental health effects, shadowing its multiple crucial physiological activities. PA is the most common saturated fatty acid accounting for 20–30% of total fatty acids in the human body and can be provided in the diet or synthesized endogenously via de novo lipogenesis (DNL).”

If palmitic acid is found in many foods and breast milk and is a part of the essesential fatty acids in our bodies, is it bad? The science appears to say otherwise.

“Palmitic acid doesn't always make its way onto ingredient lists. But if you've ever bought coconut oil or a product that's made with palm oil, both contain this fatty acid. Many animal- and plant-based foods contain palmitic acid, and it's actually the most abundant saturated fat acid in your body and plays many essential roles.”  Livestrong

The Facts on Palmitic Acid
The facts on palmitic acid shows that it is found most abundantly in coconut oil and palm oil as well common foods like meat and dairy. The big question then is how much palmitic acid does one need for optimal human health and what are the food sources of palmitic acid for the average consumer?

While media highlighted that coconut oil and palm oil contains high levels of palmitic acid, no one has been known to consume these in the same amounts as dairy so should one cut down on milk and cheese?

Online reports on palmitic acid from sources like Dr Axe made sense.
“Overall, evidence suggests that it may be harmful to consume internally in high amounts, especially when taken alone in supplement form. A safer option seems to be consuming it from food sources, such as palm oil and coconut oil.”

Considering what these popular websites for human health say about palmitic acid, what should the average consumer make of the Spanish study?

Bakery and Snacks published a fresh report on the Spanish study on palmitic acids which said emphatically:
“The European Food Information Council (EUFIC) examined the science behind the cancer study that has caused an uproar in the media recently and has cautioned not to read the headlines out of context.”

More convincing for anyone worried about cancer and palmitic acid, especially those who are going through that horrible experience, is the advice of medical experts on Survivor.net whose coverage on the issue stated unequivocally:
Fact Check: New Research Suggests Palm Oil Allows Cancer To Spread. But Our Experts Say, No, You Don’t Need to Throw Out Palm Oil Products
“This is alarming information … for mice!” says Dr. Tufano-Sugarman, who is also a medical fellow at SurvivorNet. “These types of things do not always translate into human studies. I have a hard time imagining how they would design a similar study in human patients.”
​
So there you have it. As the palm oil industry gears up to fight disinformation, its well worth noting that there are enough facts and science to fight disinformation effectively.