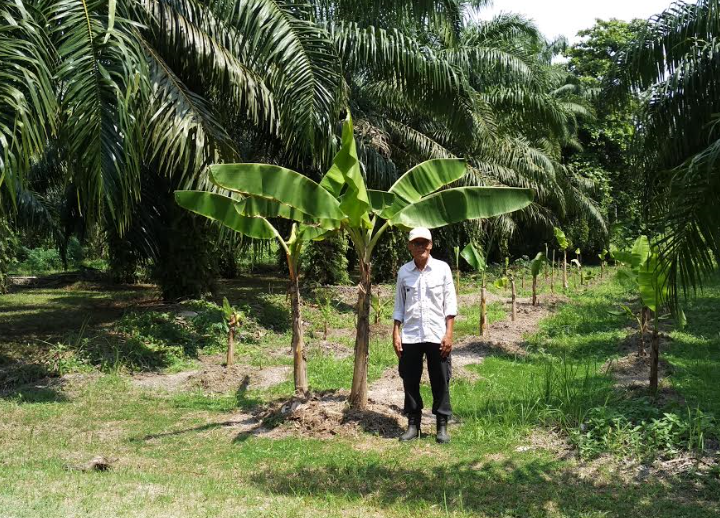 Hariri Sadiman, a palm oil farmer with his inter-cropped farm

Triple Pundit, a popular website that “make(s) the business case for corporate responsibility and sustainability, and the private sector's leadership to secure social justice and fair economic opportunities for all” published an opinion by its contributor, Nithin Coca, which tried to sound authoritative on the sustainability of palm oil versus coconut oil.

Nithin’s credentials as a contributor to Triple Pundit reads impressively as :

TriplePundit’s staff of writers bring a wide array of professional and personal experiences to bear on original reporting. Contributors include experienced journalists, executives and consultants who have worked with Fortune 500 companies, and activists supporting social innovation or environmental stewardship through work at nonprofits. Located around the world, our writers bring in-depth, global perspectives to the issues that matter to business today.

If Nithin's report is an indication of professional experience or in-depth global perspectives from Triple Pundit's contributors, then one has to question the quality of their knowledge. The published opinion was picked up by the Pulitzercentre’s website which boldly claims that:

“We will illuminate dark places and with a deep sense of responsibility, interpret these troubled times.”

Hopefully the images displayed below will shed some light on sustainable palm oil for the Pulitzer Centre. There is no way Nithin's story is qualified to address the debate around the sustainability of palm oil. 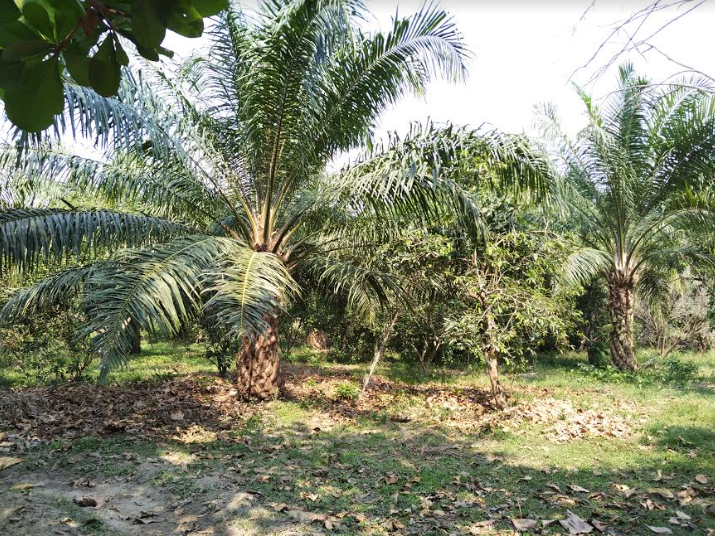 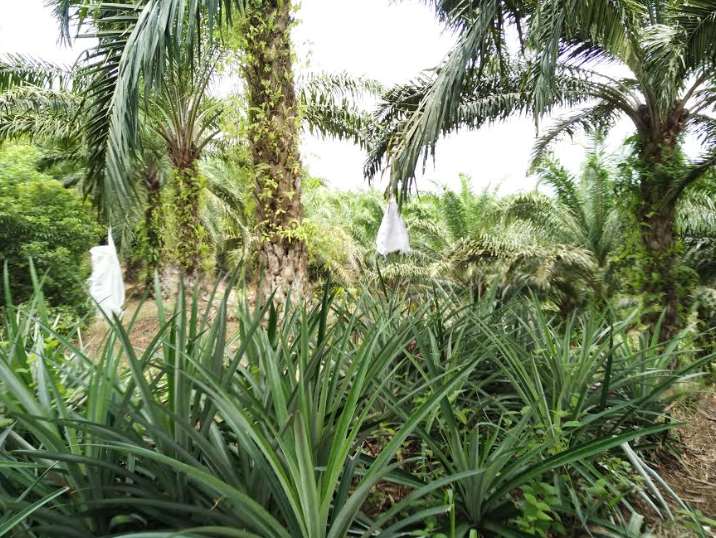 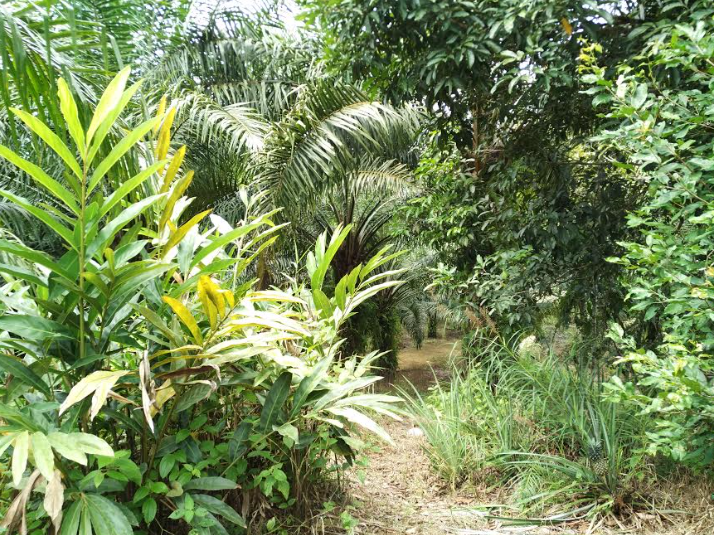 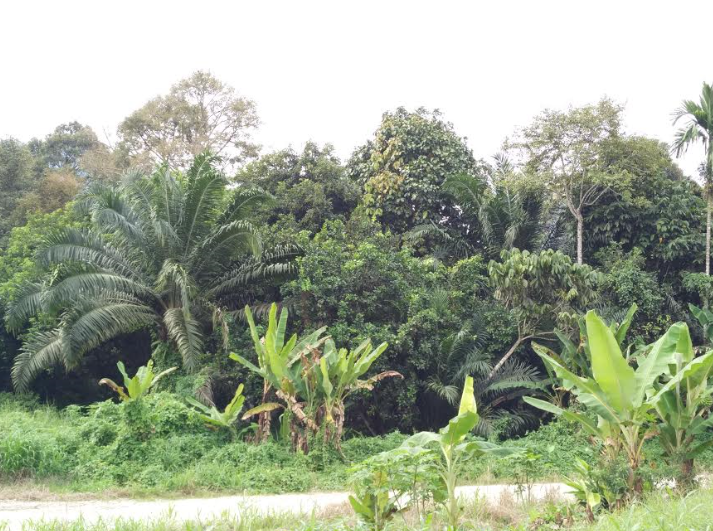 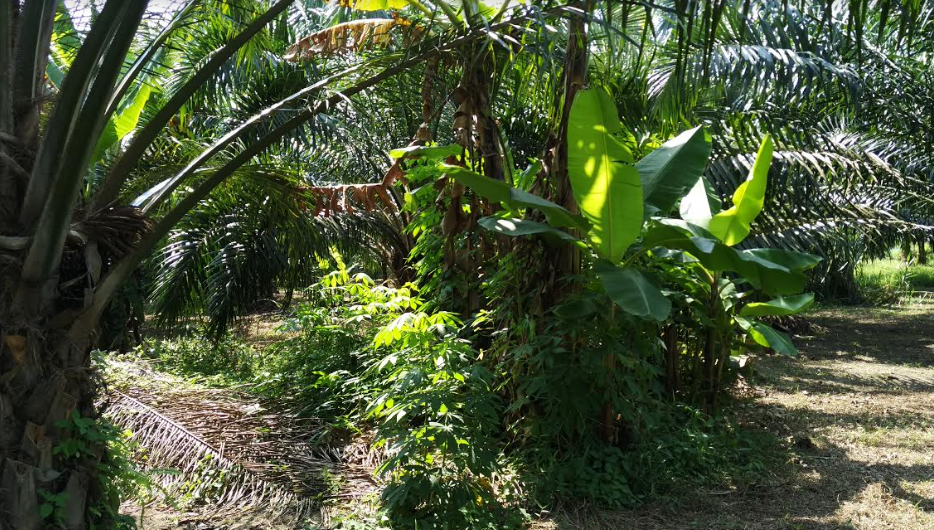 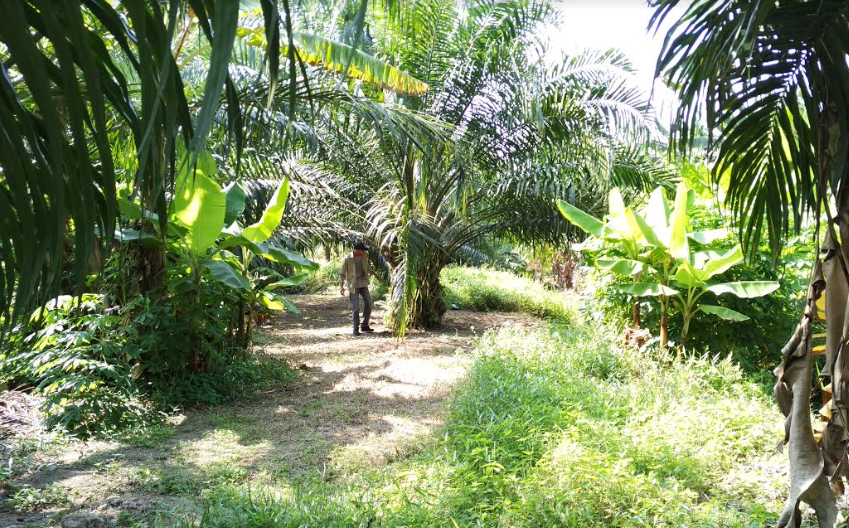 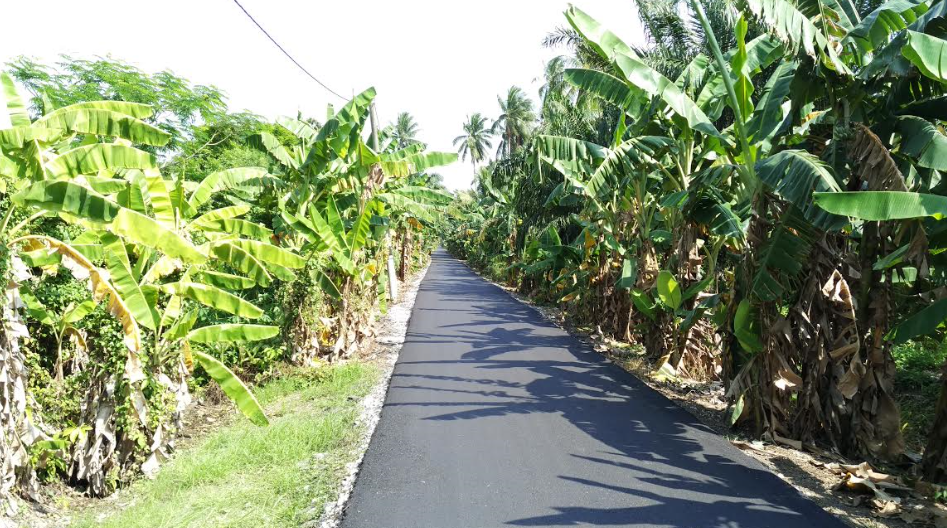 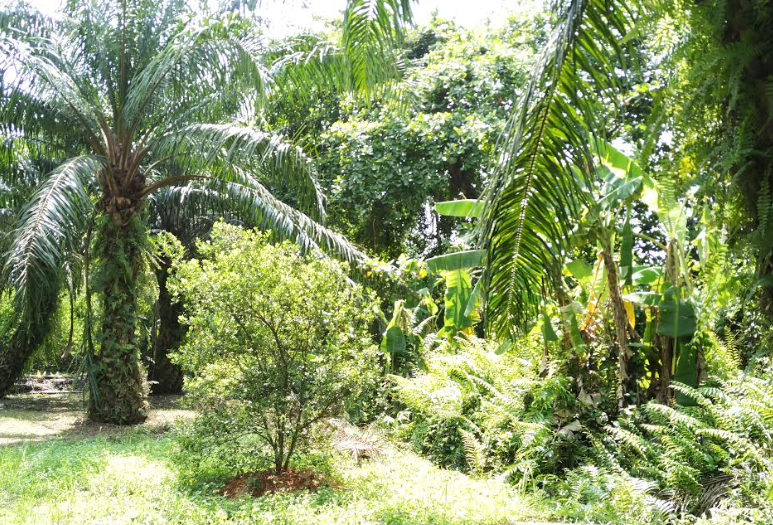 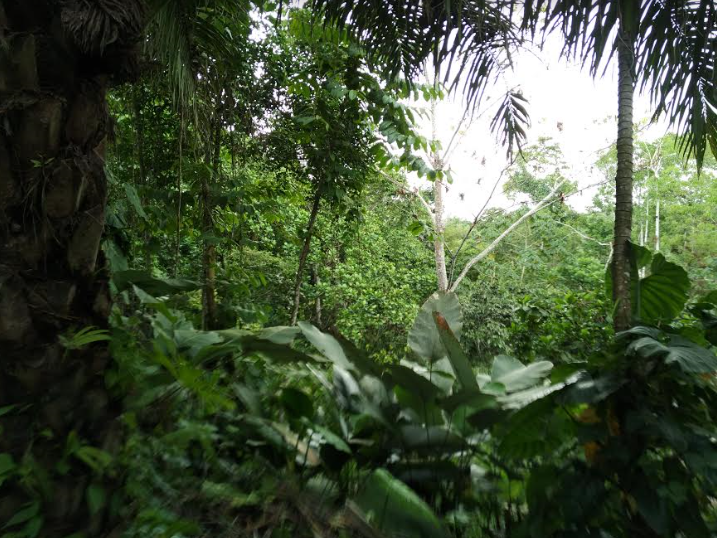 The Editors at Triple Pundit should have questioned the information Nithin presented to support his story. Statements such as the one pasted below show a high level of naivety on his part when it comes to the sustainability of palm oil.

"Oil palm is found in massive, industrial monoculture plantations. Even within smallholder farms are usually only growing oil palm, the evidence suggests it doesn’t grow well with other plants. Meanwhile, coconut farms, grown primarily by smallholders, are mixed with crops like banana, cacao, and coffee, and farmers then often integrate them with the surrounding tropical landscapes. Coconut plantations look and feel more natural than oil palm plantations.”

The photo gallery above shows a collection of photos from palm oil smallholder farms from Colombia, Ecuador and Malaysia. This is not some deep secret on the dark web. Anyone who knows anything at all about the sustainability of palm oil would have seen Tweets from Malaysia’s oil palm farmer Hariri Sadiman or the farmers behind Organic Supply of Ecuador which sells its organic, fair trade certified palm oil to companies like Ciranda USA.

The only count where Nithin maybe right,  is that oil palm plantations need “industrial monoculture plantations.” This is required to provide the foundation for an efficient farm operation which calls for a processing mill in the vicinity of farm areas in order to maximize yield from the oil palm fruits at their freshest.

Suffice it to say that the minimum size of plantations to keep a mill running at break even point is 6,000 hectares. This is to provide a consistent supply of fresh fruits to keep the mill running as smallholder supplies can be inconsistent. More important to the issue of sustainability is that it is this foundation that makes it possible for the mills to then, incorporate smallholders to grow their own oil palm farms with the mill as a ready buyer. Its a well known fact that many palm oil plantations worldwide are bigger than 6,000 hectares as the industry tries for optimum operations efficiency but we will not touch that point as it was not raised as an issue for Nithin's opinion on sustainability.

What we will touch on is his reliance on on-line information to form a "professional report" for Triple Pundit that seems to indicate that he did not read beyond the headlines of quoted articles.

In his opening pitch for coconut oil, Nithin shares links to support his favor towards coconut oil by quoting coconut oil’s health benefits and its “increasing sales” in the US. This careless selection of on-line information to support his opinion should have been questioned by the Editors at Triple Pundit.

As an example, Nithin linked an article from Plantbasednews to make his claim that coconut oil is “beneficial for not only the environment but human health too.”

He should have read the article in full as Plantbasednews in the report went on to say that:

“Coconut oil is healthier than butter, lard and hydrogenated, trans-fat containing fats, but it is unlikely that including additional coconut oil in the diet would be beneficial.”

Likewise in his selection of a link to show “increasing sales” in the US to show growing demand for coconut oils, Nithin used a press release from a company that sells market research for a living. If press releases from market research companies are a credible source of information, then there are many others that tout the palm oil and fossil fuel industries, all of which are hoping that someone will buy their reports.

The truth on the popularity of coconut oil in the US is that the market has crashed after its peak in 2015. A better informed read on coconut oil health and market is this report from Food Navigator-USA which shoots down whatever Nithin was hoping to achieve with his pro-coconut oil opinion.

This careless regurgitation of information should have automatically disqualified him from talking about these industries, never mind how sustainable they could be.
Sustainability, whether that of palm oil or coconut oil or even rapeseed and soy is an important issue that must be addressed with facts as global solutions for a sustainable planet are sought.

If Nithin had published his opinion on his personal blog, it would have dismissed as mere anti-palm oil drivel not worthy of a public response. However, its publication in Triple Pundit and the Pulitzer Centre demanded that his poorly written contribution had to be challenged.