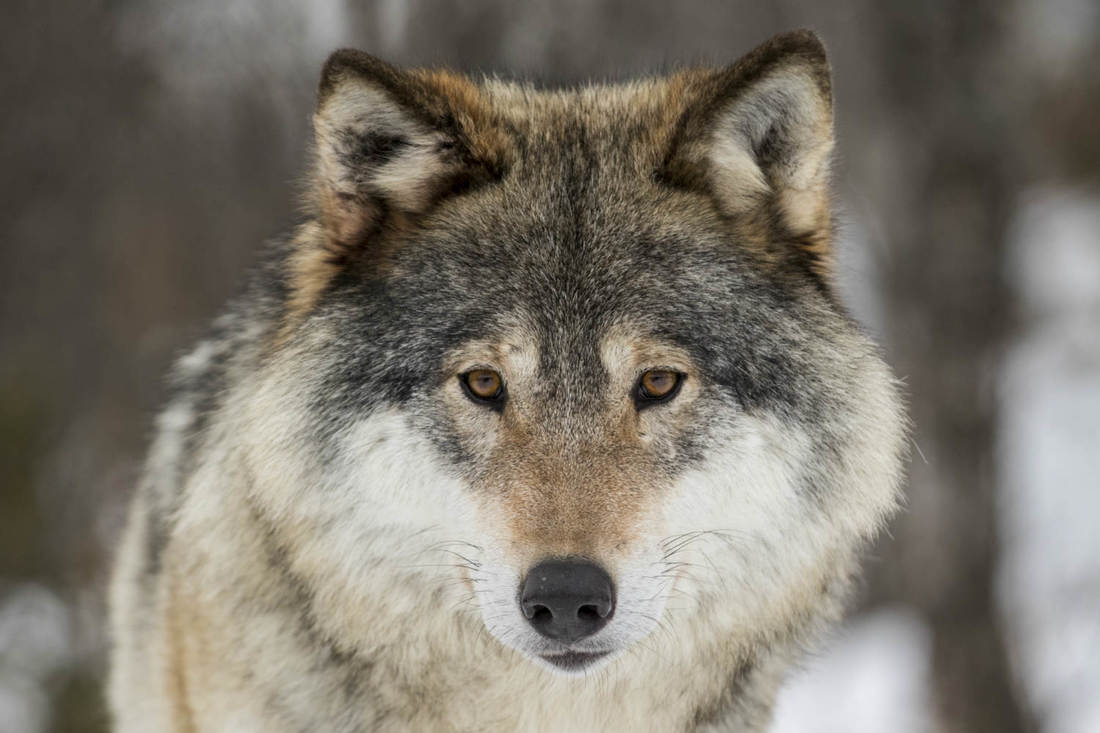 Norwegian wolf. Image credit: thelocal.no
Update May 08, 2021. Bloomberg. Norway's Oil Fields to Run on Green Power as They Export Carbon
- Nation wants to reduce emissions produced by offshore fields
- Plan only targets a fraction of carbon from Norways oil, gas
Norway is trying to make its dirtiest industry as clean as possible. The multi-billion-dollar plan will do little to reduce the nation's overall climate impact. BloombergGreen​

Norway no champion for conservation. Here's why

​Norway wants to save tropical rainforests by heavily restricting the use of palm oil in biofuels. Celebrated widely on social media as a grand statement on the fight against climate change, Norway’s position is that tropical forests in other countries are needed to keep global temperature rise. Its nit picking on palm oil can only be described as a clever distraction from the real cause of climate change. This being fossil fuels which makes up over 50% of Norway’s exports.

In recognition of its contribution to climate change, the Norwegian government has tried unsuccessfully for years, to pay foreign countries to save their forests through the REDD program. The failure of the REDD program is already well documented by REDD Monitor which is strongly against carbon offsets.

Norway fails further when it does not acknowledge that fossil fueled climate change remains as one of the biggest threats to tropical rainforests. A short list of rainforest animals threatened with extinction due to climate change can be accessed here and none of them are from the major palm oil producing countries of Malaysia and Indonesia.

So what is it with Norway’s constant harping on palm oil? Activists familiar with Norway’s dismal track record on conservation will recognize that Norway has a long way to go before being considered a savior of anything to do with nature. The country’s inability to provide habitat for its handful of wolves speaks volumes but the most damning fact about Norway’s lack of concern for conservation has to be its whaling industry. As of 2017, Norway continues to kill whales despite international protests and a shrinking demand for whale meat. 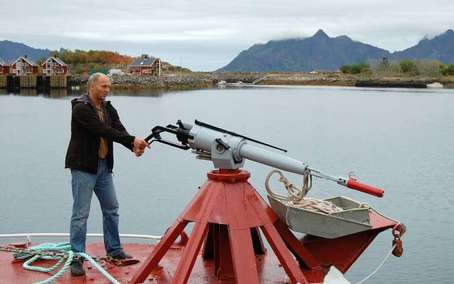 Image credit: phys.org Norway whaling
More shocking to animal rights activists was the news that Norwegian whale kills were being fed to fur bearing animals in its fur industry as the demand for whale meat dropped.
​
If there is a success story behind Norway’s “concern” for conservation, it is to shift the focus away from fossil fuels with a campaign on its use of palm oil.

The popular TV series, Okkupert, would be a grand way for Norway to show honest intent to fight climate change. In the series, Norway shut down its oil and gas production to save the planet but ends up being occupied by Russian forces with the support of EU countries who demanded that Norwegian oil and gas continue to power their economies.

The unfortunate reality for all victims of climate change is that the Norwegian rhetoric on fossil fuels continues to squelch protests. The incredulous court decision that determined Norway was not responsible for the use of its fossil fuels shows how far the system would go to protect its fossil fuel industry.

To debunk the Norwegian spread myth on forests and and palm oil (see comment on soy deforestation for salmon feed below), these are the bare facts. Scientific analysis on deforestation has shown that:

This means that even if the palm oil industry did not happen between 1990 and 2008, only 2.3% of forest loss would have been avoided. This is nowhere near enough to offset the estimated 12 gigatons of added carbon emissions if it ramps up fossil fuel production. Norway claims that its fossil fuels are cleaner but its justifications for expanding fossil fuel production is debunked by the Norwegian Society for Conservation, Naturvernforbundet.
​
Failing biodiversity in Norway

Norway’s statements on forests and biodiversity sound grand but that is because they need to sound grand to hide the failure of their own conservation efforts. Their inability to preserve even a few dozen wolves as part of Norwegian biodiversity has led to protests by some Norwegians to boycott Norwegian lamb meat.

In its oceans, Norway’s massive fisheries program which in 2015 constituted 53% of the world's production of Atlantic salmon ranks second only to fossil fuel for the country’s exports.The intense fish farms which made Norway the world’s top producer of salmon has led to environmental catastrophe as its salmon stocks collapsed due to diseases commonly associated with fish farming.

The environmental impacts to its oceans aside, Norway’s import of fish food to feed its fishery industries relies heavily on Brazil. Latest figures for imported aquafeed was reported to be 670,000 tons, 94% of which came from Brazil where deforestation rates are among the highest in the world today. By comparison, Indonesia where most of the charges of deforesting for palm oil originate, shipped only 4500 tons of palm oil products to Norway.

It is obvious that if Norway was honest in its intent to save biodiversity and rainforests, it would ban the import of soy proteins even if it hurts its fisheries industry. It should plug its pipelines for fossil fuels.  It should stop the whale hunt which has no place in these times. It should  spend some of the billions of dollars it commits to other countries for conservation to provide safe habitat for its own wolves.

Until Norway starts to protect its own biodiversity,  the assessment of George Monbiot is most accurate.

“I am talking about Norway. It is famous for the size of its aid budget, the maturity of its decision-making, its reasoned diplomacy and above all its defence of the environment. Of course there has been for a long time a fundamental contradiction: Norway's image as the saviour of the ecosystem is somewhat undermined by its massive oil industry.”