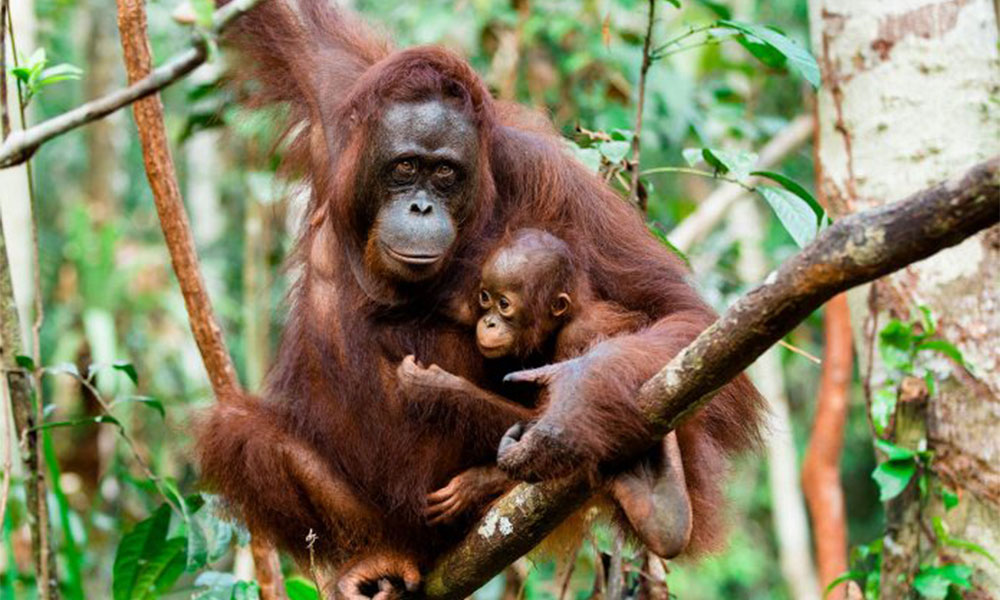 The WWF-Malaysia issued a new report on the orangutan populations in the Malaysian state of Sabah. The report was based on findings from research posted in PLOS which carried the title : Changes to Sabah’s Orangutan Populations in Recent Times: 2002-2017.
In its press release, the WWF publicized the finds as “New survey results by WWF-Malaysia show that Sabah is on track to conserving the Critically Endangered Bornean Orangutan.” A copy of the press release can be downloaded here.

Instead of running with the WWF's headling that "Sabah is on track to conserving Bornean Orangutans." Reuters, the global news platform decided to run the news with its own headline that focused on the negative findings with its own headline "Orangutan numbers drop as much as 30% in Malaysian palm oil estates-WWF"

As we all know, in this age of news dissemination where the average reader spares less than a minute to read news stories, often times, the headline is the whole story. The Reuters story was picked up by other media which simply repeated the Reuters story without further editorial input.

This prompted a press statement by the Malaysian Palm Oil Council which was shared on Twitter. The CEO of the MPOC, Dr. Kalyana Sundram mentioned Reuters specifically in criticising the news platform’s coverage of the WWF report. His press statement analysed the WWF report in detail and highlighted all the different things that could have been selected by Reuters to report on.

And the editors at Reuters know that better than anyone else. It's unfortunate for the Malaysian palm oil industry that Reuters picked on the negative news rather than the positive but thems the bricks that the industry has to deal with. The reputational damage inflicted by the Reuters editors is not something that will be easily overcome by the industry but it must be attempted.

Mainstream media can provide more balanced reporting and the BBC is a prime example. The British Broadcasting Corporation has no shortage of damning videos and reports on palm oil. Yet it chose to feature the positive findings of the WWF study by headlining the facts that orangutan numbers are stable and there's good news from Sabah.

There is actually no shortage of good news for orangutans in Sabah. It’s just that mainstream media will not pick up on news like Nestle’s RiLeaf project which is reconnecting habitats in Sabah or Sime Darby’s reforestation project which is increasing orangutan populations in Ulu Segama in Sabah.

We’ve said it before and its worth repeating, the problem with palm oil in Malaysia is not so much deforestation or orangutan extinctions and the WWF reports supports that. The problem with Malaysian palm oil is that its efforts towards sustainable production are not being tooted often enough.

Our recent visit to Malaysia including the Borneo states of Sabah and Sarawak revealed some comprehensive actions being taken to ensure the survival of not only orangutans but all wildlife including elephants, hornbills and even flora species. The Malaysian government and the palm oil industry is determined to stop extinction on its shores but you wouldn’t know it from the lack of media coverage on their conservation efforts.

The Malaysian Sustainable Palm Oil (MSPO) certification scheme for example, is driving local plantations to be compliant with federal and state laws governing High Conservation Value areas which in turn, is creating conditions which will stem the drop of orangutan populations within areas zoned for the palm oil industry.

Once fully implemented in 2020, the MSPO should have a grand tale to tell of its impact on saving the orangutans. Whether news platforms like Reuters will consider it newsworthy will remain to be seen. For now, the Malaysian palm oil industry should not be discouraged by how Reuters chose to report the WWF findings. They should be encouraged by the fact that the BBC chose to report the facts instead of pandering to “woke” topics.