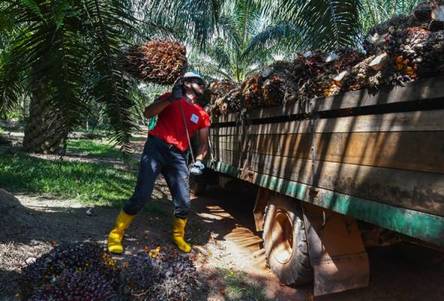 "The use of palm oil reduces emissions of greenhouse gases and benefits more than other uses such as petroleum.

"The Malaysian government is also committed to maintaining 50 per cent forest reserve reserves from being explored for palm oil cultivation," he said, adding that the efforts to cushion the palm oil industry in the country.
European countries have previously claimed that palm oil is unsustainable and involves the destruction of forests.

He added that the palm oil industry has also been implemented through the introduction of the Malaysian Palm Oil Certificate (MSPO) certificate to all plantations by 2019.

"It is an important step as a standard form of enhancing the country's palm oil profile and to ensure that every Malaysian palm oil drop is certified.

"Hence, the outsiders need to openly open this government step," he said when contacted by Astro AWANI.

He added that European countries, especially France that rejects the use of palm oil in biodiesel, are in opposition to free trade practices and bullying.

"We understand many countries want to protect their industry, but do not oppress the palm oil producers. The nature of this trade protection is not good for bilateral relations, "he said.

He added that France's actions would only affect the lives of smallholders from large dependent producing countries.

On Wednesday, the French House of Representatives approved a proposal to stop incentives for the use of palm as a mixture of biodiesel.

On Saturday, Major Industry Minister Teresa Kok condemned the move and described France's decision not based on accurate information.

On Sunday, Teresa said Malaysia would negotiate with other palm-producing countries to see a follow-up to the French action.

Original post in Astro Awani in Bahasa can be read here.