Why did Indonesia ban the export of palm oil?

Indonesia stunned the world when it banned the export of palm oil in late April, 2022
The initial announcement from the President’s office was rife with speculation as global news media reported conflicting stories. It was an all-encompassing export ban said early news coverage. Which was changed to a ban on the export of refined palm oil only, but crude palm oil exports could continue.
​
Then the stunner came when President Jokowi made it clear that the export ban on palm oil was all encompassing. 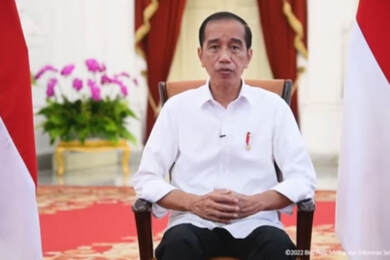 ​Global reactions were strong and immediate. News media from Asia to Africa warned of skyrocketing food prices at a time when inflation was already high. Reports from Europe and the US warned of higher retail prices for common consumer products like breads or shampoos. The financial sector warned of a hit to Indonesia’s economy as export revenues would tumble.

Why did Indonesia ban the export of palm oil?

President Jokowi banned the export of palm oil to control the skyrocketing costs of consumer goods in Indonesia. The confusion that took place prior to the total export ban announced on April 27, 2022 was well covered by the Indonesian website elaeis.com.

The decision to ban the export of palm oil was not a spur of the moment action nor was it a policy U-turn as reported by media. It reflected the deep frustration of the Indonesian President who tried to cool down market prices when the Ukraine war exacerbated rising food costs in Indonesia.

Initial efforts to cool prices for cooking oils at retail started in November when the government declared that the palm oil industry association would offer 11 million litres of cooking oil at 14,000 rupiah, which was deemed as affordable by the average Indonesian consumer.

That was not enough to stop the growing unrest among consumers who were starting to protest higher food prices so the government introduced a plan to subsidise more than a billion litres of cooking oil.

That didn’t work so various policies were thrown into place including fixing a maximum price on cooking oil and legislating the palm oil industry to allocate 30 percent of their products to the local market. Other attempts to cool down the price of cooking oil included export curbs and higher export levies.

None of these measures worked as retail prices for cooking oil had nearly doubled by April.

Meanwhile, smallholders in Indonesia were feeling the brunt of the various policies as prices for their Fresh Fruit Bunches dropped in the uncertain market.

According to Hendrik Hutabarat who wrote the report for elaeis.com, press statements made by Coordinating Minister for the Economy, Airlangga Hartarto and Director General of Plantations of the Ministry of Agriculture, Ali Jamil were intended to quell the anger of independent oil palm smallholders throughout Indonesia.

Their statements, which lead to mass confusion were premature. President Jokowi put an end to the confusion on the evening of April 27 by confirming that it is a total ban on both crude palm oil and refined palm oil.

In his speech, President Jokowi declared that the basic needs of the wider community was the highest priority.

The ball is in the court of the business sector which has been informed that the ban will stay in place until domestic needs and prices are met.

This has the industry scrambling to meet the President’s demands. Commodity traders are expecting the ban to last a few months but Indonesian Palm Oil Board expects it will be resolved within the next few weeks. This should be completely doable as there is no shortage of palm oil in Indonesia to meet the needs of domestic consumers.