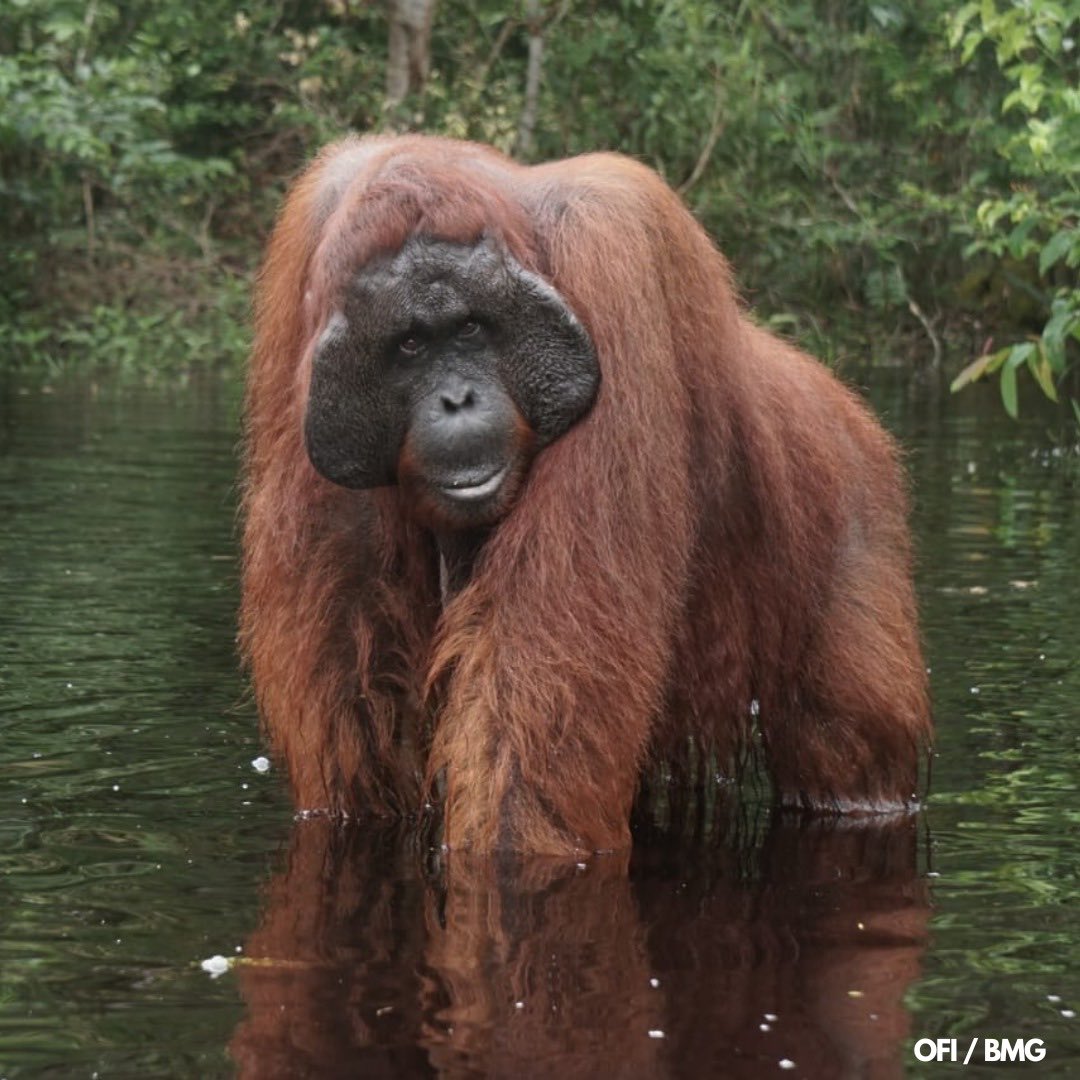 Image credit: Orangutan Foundation International
September 21, 2022. The Indonesian government has carried out a long-standing threat to ban foreign researchers who specialize in orangutans.
Five foreigners were named in this ban according to Indonesian news reports

"The Ministry of Environment and Forestry (KLHK) is said to have banned a number of foreign researchers from carrying out activities in conservation areas under the authority of the Ministry.

In the letter, the Ministry ordered all national parks and conservation and resource centers nature to not serve five foreign researchers.

According to the letter, the ban was carried out because of the national and international publications written by Erik and other researchers related to orangutans.

"With negative indications and can discredit the government cq the Ministry of LHK," the letter reads.

Erik Meijaard is the Director of Borneo Futures based in Brunei Darussalam. He is a conservation researcher who has been researching the conservation of orangutans and other mammals in Southeast Asia for more than 30 years.

Four other researchers from England and the United States are also actively researching orangutans. When combined, the length of their research with respect to orangutans reached 105 years. Penanews

The ban on orangutan researchers has not made mainstream English media as of this posting. Relevant responses from foreign media will be added as they happen.

Meantime, local Indonesian media has reacted positively to the news. KedaiPena carried a piece quoting local official, Ono Surono who was quoted as saying "The KLHK's move is very appropriate because it is related to sovereignty"

This move to ban foreign orangutan researchers is news worthy as various Indonesian officials have made repeated calls to ban foreign groups from dictating Indonesia's "sovereign rights" when it comes to palm oil.

One of the more sensational cases was the rise and fall of the Indonesian Palm Oil Pledge, covered in detail by CIFOR

The Indonesian Ministry of Environment and Forestry (KLHK) keeps a close watch on critics of Indonesia's primary industries in timber and palm oil. Through a ministry-associated website, Foresthints, KLHK responses to charges of unsustainability of its timber and palm oil industries have been laudably, quick and efficient.

Researcher David Gaveau was less fortunate as he was deported from Indonesia following the publication of unverified information.

The deportation of David Gaveau was a knee-jerk response to the demands of the Indonesian palm oil industry which had long called for the restriction of foreign NGOs in Indonesia. It is true that CIFOR should have waited for the peer review process to be completed before publishing the information but deportation is a bit extreme.

​If David's offense against Indonesia's sovereign rights was enough for expulsion, then one should reasonably expect that the worst critic of Indonesia's primary industries, Greenpeace, could be the next target.

Fortunately for Erik Meijaard et al, none of the banned orangutan researchers reside in Indonesia. The logic behind the ban, which is to deny him access to national parks and conservation areas is questionable. The bulk of Erik's work has focused on palm oil plantations and surrounding areas and have been for the most part, constructive in terms making suggestions for the plantations and orangutan conservation. 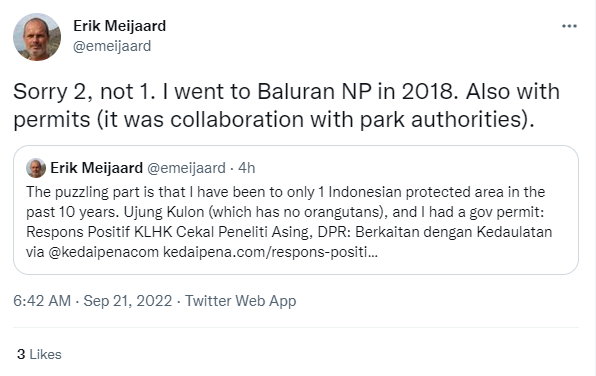 The Indonesian ban on orangutan researchers, based on media reports, would therefore, look like a symbolic gesture. Perhaps a warning bell to NGOs like Greenpeace but it may end up in more anti-palm oil sentiments among foreign consumers.

The thing with satellite mapping is this. David Gaveau could sit comfortably in Paris sipping wine while using satellite mapping tools to write new reports on deforestation in Indonesia. This could likely be taken up by NGOs to further blare out that orangutans are going extinct unless someone donates money.

It is up to research, such as those carried out by the banned orangutan researchers, that are more effective in clarifying satellite imagery with on-the-ground research.