Facts on Saturated Fats – What Medical Science Says in 2022 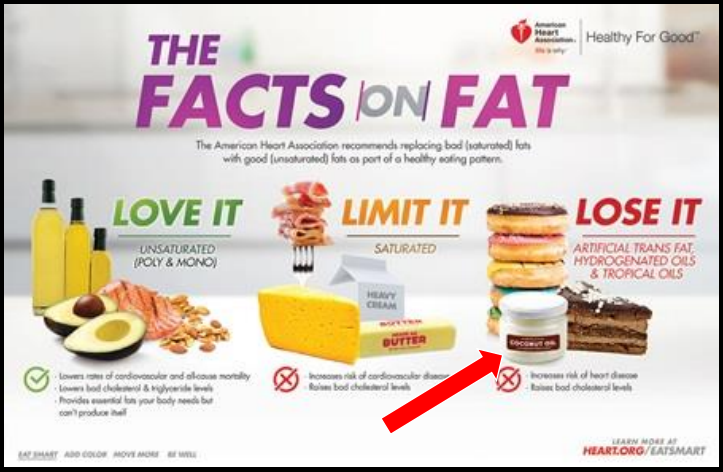 Saturated fats. Love it. Limit it. Lose it.
Consumers looking for answers to these questions on the internet will end up becoming more confused than educated.

The American Heart Association on saturated fats lists some common popular foods including beef, pork and chicken that are bad for health due to saturated fat. MyFooddata has more information on what foods contain the highest levels of saturated fats. Whipped cream followed by dried coconut tops the list for foods with high saturated fats but no one eats those on a daily basis. What we do eat on a daily basis, in considerable amounts, are dairy products in milk, cheese and processed foods which would make a slice of pizza really bad for health.

According to this 2014 report from BBC, its not how much pizza you eat but how the pizza is made. A CNN report on pizza goes into greater details on when pizza is healthy and when it is not. What is consistent between the two reports is that cheese with all its saturated fats, is an essential food for healthy diets. Pepperoni on the other hand, was reported to be bad for human health due to its high processing.

Based on these reports, a freshly made pizza that uses whole wheat instead of refined flour, which skips the pepperoni and double cheese would be healthy.

Experts from different backgrounds in Europe disagree. There is a huge food fight going on in Europe, involving Front of Pack labels between the French-backed Nutriscore vs the Italian backed Nutrinform. Spanish experts have also weighed into the arguments to defend food items in their traditional diet, notably olive oil, cheese and cured meats. Even French cheese producers have condemned Nutri-Score for what they see as an attack on a traditional food.

Nutrinform appears to have made its point as The Italian Competition Authority, AGCM, announced on Thursday 4 August that Nutri-Score can not be used in Italy without some warnings for consumers, and obliged Carrefour and other distributors using the French nutrition label to withdraw Nutri-Score labelling on its products sold in Italy.

The Italian government further plans to launch an app to support its use as an emphatic opposition to Nutriscore.

While the Front of Pack nutritional information arguments look towards the Mediterranean diet as proof of or proof against, this report by the National Library of Medicine suggests that overall lifestyle is more important to human health than singular foods.

But what about oils and fats that not part of the traditional Mediterranean diet?

What does modern science say?

Science today says that saturated fats are an essential part of a healthy diet. Adding saturated fats like cheese, to your meal will satisfy hunger with smaller portions compared to meals that include large amounts of carbohydrates and limited saturated fats.
There is no question that obesity leads to all the health problems that is being blamed on dietary fat intakes. A scientific statement from the American Heart Association for example, recommends a low fat diet in saying:

This led to the popularity of the keto diet where eating fats in every meal became popular with popular looking to lose weight fast. “Experts” weighed in.

The University of Chicago Medicine called it a quick way to lose weight which could cause low blood pressure, kidney stones, constipation, nutrient deficiencies and an increased risk of heart disease. Strict diets like keto could also cause social isolation or disordered eating. Keto is not safe for those with any conditions involving their pancreas, liver, thyroid or gallbladder.

Harvard Medical School warned against the weight-loss wonder, but this eating plan is actually a medical diet that comes with serious risks.

These arguments against fat consumption maybe questioned against the 2021 report from the American Heart Association Heart Disease and Stroke Statistics Update Fact Sheet where the mean healthy diet score for adults.

The statistics support the findings of the PURE study Associations of fats and carbohydrate intake with cardiovascular disease and mortality in 18 countries from five continents (PURE): a prospective cohort study which stated that:

"High carbohydrate intake was associated with higher risk of total mortality, whereas total fat and individual types of fat were related to lower total mortality"

The arguments were best summed up by researcher Zoe Harcombe who asked in TheBMJ, Could we agree to demonize processed food, not saturated fat?

Yet another report has called for a reassessment and proposal for food-based recommendations on Saturated Fats and Health:

Also, systematic studies find no significant association between saturated fat intake and coronary artery disease or mortality, and some even suggested a lower risk of stroke with higher consumption of saturated fat (14).
In the context of contemporary diets, therefore, these observations would suggest there is little need to further limit the intakes of total or saturated fat for most populations (14).

Unfortunately, the recommendations from the USDA to limit intake of saturated fats and increase carbohydrate intakes has led to an obesity epidemic in the US according to Professor Dr. David Diamond from the University of South Florida.

Dr. Diamond is a renowned expert on nutrition and how it relates to human health. He traced the source of obesity in the US to the USDA’s dietary recommendations that carbohydrates should form the bulk of daily food intake. He has challenged the old science with new science like “A Rigorous Assessment of the Myth That Consumption of Saturated Fat Increases Risk of Coronary Heart Disease” which can be downloaded here.

For more information on his work, watch Dr. David Diamond - 'Should You Be Concerned About High LDL-Cholesterol on a Low Carb Diet?'

These new scientific findings will hopefully be reflected in dietary guidelines and Front of Pack labels. The decisions behind Canada’s Front of Package labels, where cheese and meat (in single ingredient form) are exempted from FOP labeling requirements, seem to be better informed after industries argued successfully against bad science.

The Dairy Processors Association of Canada presented on saturated fats, that several meta-analyses commissioned by organizations like the World Health Organization suggests that the consumption of saturated fat does not increase the risk of cardiovascular disease, coronary heart disease, ischemic stroke, or type 2 diabetes.

What are your thoughts on saturated fats in the groceries you buy? Leave a comment below and let us know where you’re writing from.
September 05, 2022. New study published in the European Journal of Preventive Cardiology- Saturated fat: villain and bogeyman in the development of cardiovascular disease?
Collectively, neither observational studies, prospective epidemiologic cohort studies, RCTs, systematic reviews and meta analyses have conclusively established a significant association between SFA in the diet and subsequent cardiovascular risk and CAD, MI or mortality nor a benefit of reducing dietary SFAs on CVD rick, events and mortality. Beneficial effects of replacement of SFA by polyunsaturated or monounsaturated fat or carbohydrates remain elusive. AcademicOUP
Published August 2022. CSPO Watch