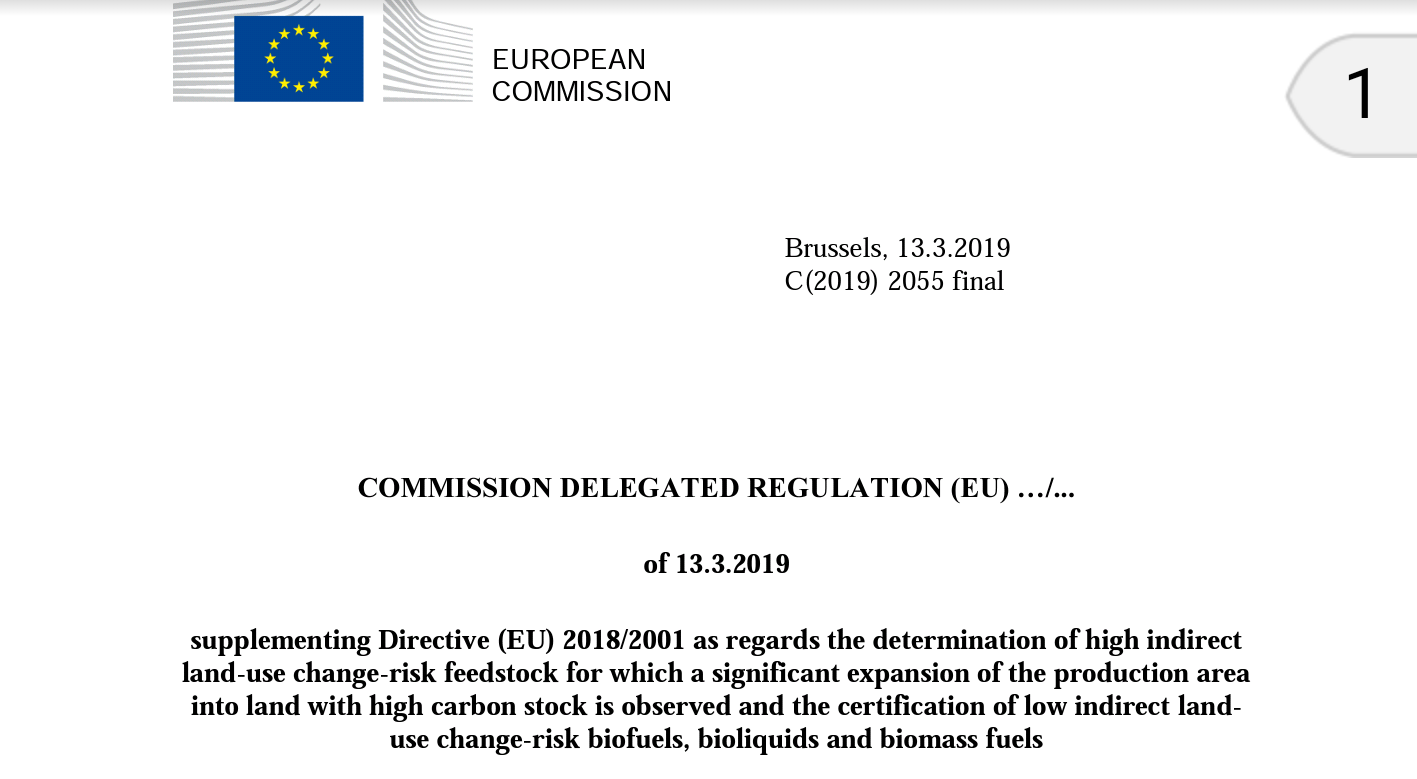 The EU’s Delegated Act on palm oil was obviously heavily influenced by environmental groups if not written outright by them. Click here to download the Act.

The Delegated Act ignores the real world needs of growth and development and seeks to exclude late developing countries like Malaysia and Indonesia in the EU’s “sustainable” future by naming palm oil as the sole source of emissions that should be phased out of biofuels.

Will the proposed ban on palm oil in biofuels really save forests in tropical countries? This goal to become a climate leader by banning palm oil can only be described as an environmentalist’s fantasy.

An article written by Professor Gernot Klepper which was published in April 2018 had already spelled out what a ban would mean in real terms.

This should not be read a threat but rather an acknowledgement of the real needs for development. Malaysia which is decades ahead of Indonesia in developing its palm oil industry is proof of what the crop can do to bring development to rural areas. The oil palm is one of those crops that can boost family incomes even if the landowner has only a few hectares to work from. This explains Indonesia’s continued push to bring the industry to regions where poverty is most prevalent. As far as forest rich regions like Papua are concerned, even if the palm oil industry reaches peak saturation point, these poverty stricken regions will still see forest loss as other industries including timber or mining are used to bring development.

It should therefore be expected that the main producer countries of Malaysia and Indonesia will ramp up actions to protect this critical tool for their development and source of export revenue. Their initial reaction to the Delegated Act has been to balk at continuing free trade talks but a more forceful response can be expected in the way of restricting EU goods should the ban be adopted.

A Bloomberg report on the Delegated Act included the words “EU trying to go green and avoid trade war with palm oil giants” in its URL to suggest that the EU does not want a trade war. The report said that the EU is offering some concessions to avoid a full out trade war. The concessions or “loopholes” as competing vegetable oil producers and environmentalists are calling them, are clearly fig leaves offered up as olive branches.

In failing to exclude soy from the Delegated Act, the EU has exposed itself to a fight at the WTO which it cannot win.

Its offerings of concessions are an insult to the intelligence of producer countries. For example, small farmers producing from farms of 2 hectares or less will be exempt from the ban. Anyone familiar with the industry will know that a small farmer with 2 hectares can barely scrape together a living even when CPO prices were trading at $550 per ton.

It is also well known that a supply which is made up purely of farmers of this size is not an economically viable business due to supply inconsistencies from small farmers. Small farmer production must be anchored by an industrial plantation in order for the small farmers to benefit from the crop. This is an issue that must be clarified by the EU if their exemption for small farmers is not to be laughed at as merely condescending.

Other requirements for palm oil to meet low ILUC certification actually pose a greater risk to forests. In the cases of “unused land,” “abandoned land” or “severely degraded land,” these qualifiers actually encourage the destruction of forests. Palm oil cultivation is on average a thirty year project from clearing, planting to end of productivity for the first cycle of plantings. It would not take very much to clear an area and wait a few more years, especially for companies that have sufficiently large planted areas to operate from.

If the EU was serious in its goals to remove deforestation from its biofuels, it would continue with the ISCC certification that is already in place. This is its best guarantee that the EU is not running on forests. Furthermore, if the EU was honest in wanting to be a climate leader, its influence can be better used to work with producer countries to balance their development needs with the conservation wants of the EU. The net results would be a lot more greener than this proposal to wash their hands of deforestation.