The small palm oil farmer in Malaysia and Indonesia may not know this yet as the global demand for vegetable oils remain depressed but the EU Commission just recognized the importance of palm oil to their livelihoods.
​
The long awaited decision from the EU Commission was expected to deal a death blow to palm oil use in biofuels for the EU.  Demonified as many times worse than fossil fuels by European groups, the threat was real enough for palm oil producing countries Malaysia and Indonesia to counter threat with trade retaliations should the EU proceed with phasing it out. 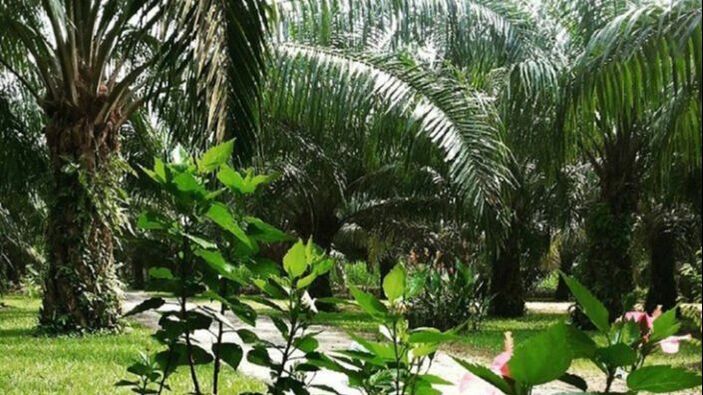 Credit: Hariri Sadiman, MSPO certified palm oil farmer Malaysia
For the moment, it would appear that the EU Commission has recognized not just the importance of the crop to small farmers in Southeast Asia but that it can be a low emission feedstock for biofuel. This is a huge step back for the Commission which had previously considered palm oil simply as a feedstock without differentiating how it was produced or who produced it.

This decision comes with heavy demands on the palm oil industry that supplies the biofuels needs in the EU and should be considered only as a moratorium for the industry to prove itself. Notable excerpts from the Commission Delegated Regulations are:

“In order to implement this new approach, this proposal sets out specific criteria both for: 1. determining the high ILUC-risk feedstock for which a significant expansion of the production area into land with high carbon stock is observed; and 2. certifying low ILUC-risk biofuels, bioliquids and biomass fuels.”

CSPO Watch: Key note here is “certifying low ILUC risk biofuels” which could be met by certification schemes like the ISCC which is already certifying deforestation free palm oil for the EU.

“ Regarding the low ILUC-risk certification, most stakeholders underlined the need to ensure transparency and avoid fraud through the certification system. Furthermore, participants generally considered it important to ensure that the measures adopted to produce low-ILUC risk feedstock are additional, that is, go beyond business as usual”

CSPO Watch: Anyone familiar with the palm oil industry in Southeast Asia will recognize that the industries are working at improving yields per hectare. Industrial operations with their research and development are able to produce four tons per hectare but the goals are to go beyond and extend that to the small farmers who are a substantial source of supply.

Differentiating palm oil as high and low risk for once.
(11) Under certain circumstances, the ILUC impacts of biofuels, bioliquids and biomass fuels generally considered as high ILUC-risk can be avoided and the cultivation of the related feedstock can even prove to be beneficial for the relevant production areas. For such cases, it is necessary to lay down criteria to allow the identification and certification as low indirect land-use change-risk biofuels, bioliquids and biomass fuels. Certified low indirect land-use change-risk biofuels, bioliquids or biomass fuels should be exempted from the limit and gradual reduction set for high ILUC-risk conventional biofuels, bioliquids and biomass fuels, provided that they meet the relevant sustainability and greenhouse gas emissions saving criteria laid down in Article 29 of Directive (EU) 2018.
​
CSPO Watch: This is a significant statement as for once, palm oil as feedstock for biofuels has been given a chance to prove itself as low risk for ILUC.  The Colombian palm oil industry which has long protested that its palm oil biofuels do reduce emissions stands to gain from Article 2, points 4 and 5, Definitions which states:

We reported in 2018 that there are millions of hectares of “abandaoned” and “ severely degraded lands” in Colombia. This would surely qualify under the Delegated Act. The Colombian palm oil industry remains best positioned to show that palm oil feedstock for biofuels should be counted as renewable energy and qualified for renewable targets.

For the smallholders in Malaysia, the EU Commission has likely heard the protestations of the industry which has long argued that the livelihoods of 650,000 smalll farmers was at risk should the EU implement punitive measures on palm oil. Included under Article 9 of the Delegated Act point 9 allows an exclusion.

(9) ‘small holders’ means farmers independently conducting an agricultural activity on a holding with an agricultural area of less than [2 – 5] hectares for which they hold ownership or lease rights;

The limited acreage for qualification as >5 hectares may result in future arguments by smallholders which international certification schemes like the RSPO quanity as >50 hectares but for now, a clear beneficiary of this condition is the Federal Land Development Authority (FEDLA) of Malaysia which has committed to the certification of 100,000 farmers under the Malaysian Sustainable Palm Oil (MSPO) scheme. As a government initiative to reduce poverty in Malaysia, its success is well documented.

There is a question of whether FELDA will use its globally unique entity to enjoy an advantageous position under the EU Commissions draft. Certification under the MSPO and whether it meets the sustainability criteria set out in Article 29 of Directive (EU) 2018/2001 remains to be seen.
For now, the demands of palm oil producing countries for fair representation has been acknowledged by the EU Commission.