​Will the Energy Crisis in EU create a Break for Palm Oil Biofuels? 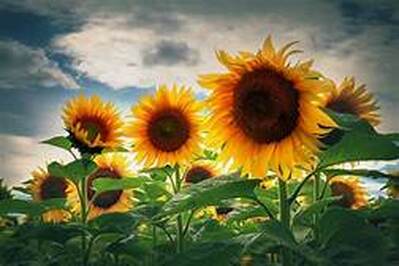 The Russia-Ukraine war has exposed the weaknesses of the European Union’s plans to fight climate change.

EU powerhouse Germany exemplifies the weaknesses as the country struggles to keep its power supplies running to maintain a pandemic wracked economy. Its earlier plan to its shelf its nuclear plants is now being considered as an emergency measure.

The EU’s dependence on Russia for energy is an Achilles heel for the Union which was exposed when Russia invaded and subsequently annexed Crimea. Germany kept silent. The Russian invasion of Ukraine bears a similar pattern. As reported by German media Deutsche Welle in 2014.

“The international community is isolating Russia for annexing Crimea. But Germany is treading carefully in putting pressure on Moscow. When it comes to energy supplies, Germany is extremely vulnerable to Russia's whims.”

Germany continues to be extremely vulnerable to Russia’s whims in 2022 as Germany favors its economy over the sovereign rights of the Ukraine.

It is unfortunate that it has taken a war in Europe for the European Union to realize that its policies for a sustainable source of energy is flawed.

Nowhere is this more apparent than the EU’s hostile approach towards palm oil-based biofuels which provided the Union a cheap scapegoat that distracted attention away from its flawed policies.

It is the same policies that have been accused of providing Russia with the financial means to invade Ukraine. As reported from the Versailles summit held this week:

The aim of the embargo would be to deprive the Russian state of its main source of income for financing the war against Ukraine.
According to estimates by the Brussels-based think tank Bruegel, EU states currently spend around $420 million a day on Russian gas and almost $400 million on oil from Russia.

The EU’s reliance on fossil fuels threatens not only the sovereignty of Ukraine but threatens the entire world with consequences that extend beyond the borders of Europe.

The UN Secretary General Antonio Guterres could not have been more explicit when he declared that “Fossil Fuels are Choking Humanity.”

As current events make all too clear, our continued reliance on fossil fuels makes the global economy and energy security vulnerable to geopolitical shocks and crises.

Will Plant-Based Energy Finally Get Its Day in EU?
Plant-based energy as we define it is energy sources that can grown. This is an important contrast to “renewable energy” sources like solar and wind which depend on finite supplies of metals and precious minerals to realize.

The key difference is that with plant-based sources of energy, it’s impact on the natural environment can be managed and controlled. Beyond its positive environmental impact, plant-based sources of energy like biomass is being pushed by energy providers like Bioenergy Europe which “welcomes the vision of the European Commission to accelerate the deployment of renewables, while ensuring the affordability and security of EU energy supply by decreasing fossil gas imports from Russia.”

Mind you there is no shortage of NGO campaigns against biomass for energy. Groups like BiofuelWatch and ClientEarth have criticized the use of woody sources for energy for the UK. The questions they raised on biomass may have played a key role in the delisting of Drax from an investment index of clean energy companies.

Meanwhile, the EU faces a similar challenge. The use of biomass for energy in the EU has spiked since it adopted an anti-palm oil position in energy. A coalition of European and U.S. NGOs, led by two European law firms, has challenged the European Commission as it develops rules on what it deems sustainable finance for bioenergy and forestry.

The French company, Total Energies faces a similar problem as a group of NGOs have filed a lawsuit against the company for what they perceived as “greenwashing.”

ENI, the Italian energy provider, made headline news earlier for “greenwashing” its biodiesel has been cornered into repeating a mantra that is common among EU energy providers:
So why are the palm oil producing countries fighting tooth and nail against the EU plans to phase out palm oil based biofuels? Surely they can make up the loss of market with emerging markets in other countries!?

The fact is that palm oil producing countries see the EU hostilities against palm oil as racial discrimination. It has only been in recent years, with the exposure of the soy industry’s large impact on tropical forests in European occupied Latin America that the EU has admitted that palm oil is not the only culprit in deforestation.

Will the energy crisis in the EU create a break for palm oil biofuels? It could in the future but only if the EU backs away from its hostilities against palm oil.

Palm oil will not be available to the EU as a solution for its current energy crisis as decades of demonization of palm oil has led producing countries to seek support in other markets.

Most notable is how Indonesia, as the world’s largest palm oil producer, is sticking to its global commitments to decarbonize with palm oil as part of its sustainable development plans.

It should be more worrisome for the EU as Indonesia looks to restrict exports of minerals which the EU relies on to create renewable energy.

There is hope still. Rumors in the industry is that the EU is making reconciliatory moves to placate palm oil producing countries. The moves may stop at making it easy for palm oil to enter the EU under certification schemes for consumer products but continued discrimination against palm oil biofuels will hurt the EU’s overall ambitions for renewable energy.