Having traveled extensively through the Malaysian state of Sarawak which lies on the island of Borneo, the similarities between its indigenous peoples and those of Papua province, Indonesia offers a peek into the future for native Papuans.

Both peoples are recognized as “orang asli” meaning they are the original peoples on their lands. Despite that acknowledgement, both the original peoples in Sarawak and in Papua continue to struggle for the rights to their lands albeit under different conditions.
A marked difference between the two peoples as traditional “land owners” can be seen in how the ownership of land is being dealt with today by their respective governments.
​
For the Dayaks of Sarawak, questions on their land ownership continue to simmer over the main issue of communal lands and individual lands. The state ruling, prior to the new law created in 2018, recognized only individual lands that were cleared or cultivated before 1958. The new ruling under the newly added Section 6 of the land code is the state’s effort to address the additional native ownership of communal lands. 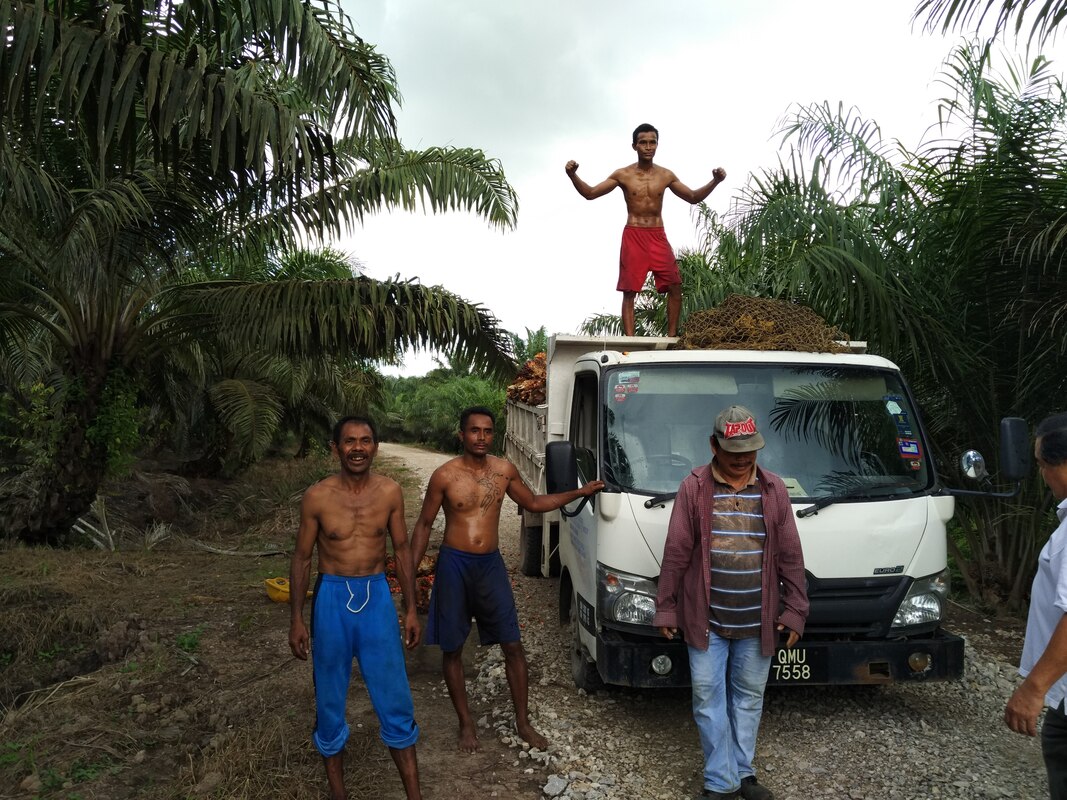 Dayak farmers in Sarawak with Indonesian workers
​In Papua, the reverse is in effect as there is more of a focus on land claims as communal lands and not so much as individual properties. This position has allowed the clans of Papua to make land claims as a whole community with less emphasis on private ownership. This may become a point of controversy for Papuans if development in Sarawak were to be seen as a precedence of what will take place in Papua in the foreseeable future.

In Sarawak today, traditional land owners who have successfully claimed legal title to individual lands, have the options to work the land or sell or lease their lands for personal profit. These opportunities for personal profit has been the underlying reason for much of the land conflicts between the tribes and the state and indeed, between different tribes in Sarawak.

Land conflicts aside, the story here is about the progress that the Dayaks have made. A close up look at the biggest tribe in Sarawak, the Ibans, shows that it was not that long ago when they were seen as loin clothed men famous for taking the heads of the enemies they slay in battle. As development took place after the post-colonial times, many of the Ibans took up employment with timber companies and the oil industry which boomed in the later part of the 20th century.

That jump from hunter-gatherer to laborer turned the Ibans from once fierce head-hunters to a community that was perceived as good only for manual labor. In spite of the harsh conditions, their children have stepped up in society armed with education that that made livelihoods away from forests and farms possible. This has resulted in half empty longhouses where only the elders and young children are found. The exception being holidays including Gawai, Christmas or New Years where the longhouses burst at the seams with the return of the those who had left to find work.
​
On a daily basis, their parents continue to farm their lands for food and income. There is rich history in the simple tales of the people who have witnessed the transition of their society from mere coolies to land lords today. In our last visit to Sarawak, we met up with Chief Kinminsna from Rumah Serupai which is a half hour drive from Bintulu. 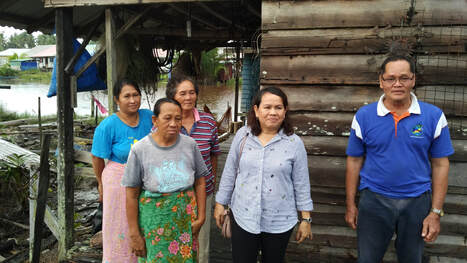 Tuai Rumah Serupai, Kinminsna, seen in blue top
​Their forefathers settled in this coastal area over 100 years ago. The traditional crop grown was rice, which provided food and a means to trade for other goods. In more recent times, some of their farms started growing coconuts ( to produce copra ) and sago. Some of these planted areas still exist alongside the preferred crop today which is oil palm.

We talked at length with the womenfolk as most of the men were out working different jobs for income. It was plain to see why the families chose to replace coconut and sago with oil palm. Growing coconut to produce copra, meant there was income only once every three months. The heavy tasks of harvesting and hand processing the coconuts faced the additional threat of fouled harvests if there was not enough sunny days during the monsoon season. Oil palm, they explained, was much simpler as their jobs as farmers was only to harvest the fruit bunches and the whole thing is sold with husks and all.

Sago fell out of favor earlier than coconuts as it took 6-7 years before a sago tree could be cut down and sold. In these modern times when bubble tea containing small balls of sago are all the rage in cities, the sago tree which they cut into 3 foot lengths for easier transport earns them about 30 Malaysian ringgit per tree which is about USD$7. That income works out to roughly $1 per year per tree.

Oil palm by comparison, brings in $75 for every ton of fresh fruit they harvest, every three weeks.  The most notable feature of these small Dayak farms, is the presence of migrant workers from Indonesia who are tasked with the heavy jobs of harvesting the oil palm fruits and getting them to a pick up point. From coolie to employer of migrant workers, the transformation must have been difficult over the decades. The women at Rumah Serupai dismissed the notion of growing sago for a living and pointed to a flat screen TV which they said would not have been affordable if they only grew sago.

The level of income from oil palm has afforded them modern luxuries including satellite dishes to bring life to their TVs. The global price for palm oil is of huge concern to them but more worrying is whether their traditional lifestyles and farms will survive. While they did not have the education needed to work in offices in towns and cities, the education afforded to their children from the oil palm may yet see the family farms abandoned as their children have shown little interest in keeping the family farms going. In trying to persuade their children to keep the family farms going, the Iban farmers are highlighting the fact that they no longer do the hard work as they can afford to pay workers now.

That, in a nutshell, could become the future of native Papuans where the present generation is marginalized despite their status as land owners. Their transformation from penniless land owners to rich land lords could be a lot quicker than what the Ibans had to go through. This is due to Indonesia’s legal requirement for all industrial palm oil operations to share a minimum of 20% of their plantation with their “land lords.”

This transformation is at risk as the development of their forested lands for palm oil is being threatened by NGO campaigns. The feedback we have at CSPO Watch from palm oil companies in Papua is that their development is at risk as NGOs attack development in Papua. This is a theme we will focus on in 2020. Can we lay claim to producing palm oil sustainably when the rights of development are being denied to impoverished people in developing countries?