​Boo at the Zoo. The Scary Monster Behind Halloween Treats 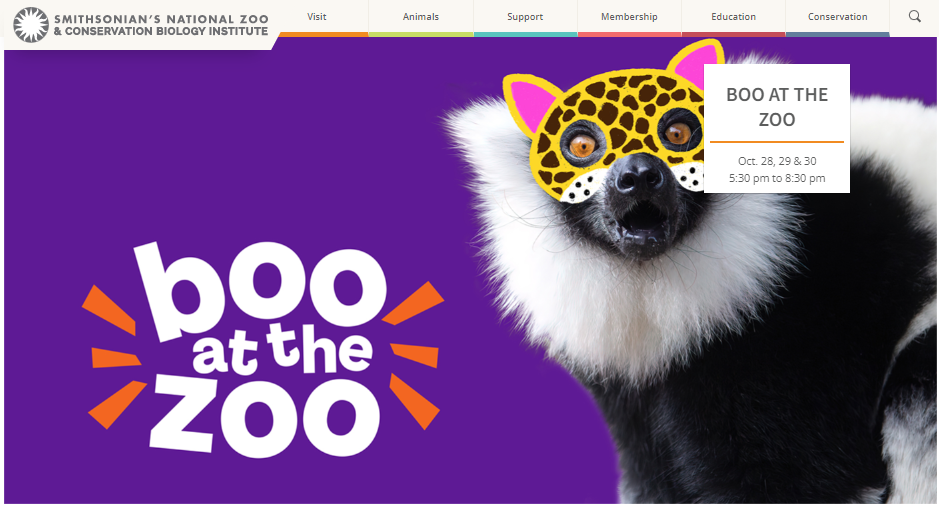 Boo at the zoo. Smithsonian's National Zoo Halloween event
This does not mean that Halloween chocolates are now free of the “boo!” just because candy makers started using certified sustainable palm oil.

The monster in Halloween chocolates, which the zoos have ignored for a very long time by pretending there is no monster under the bed or in the closet, is being dragged out, to the horror of parents by Fernando Morales-de la Cruz.

Fernando, a Guatemalan activist who has waged a long and lonely struggle to get the world to pay attention to the plight of child labor in cocoa, was featured in an article by David Cay Johnston last Halloween.

David’s report ripped into the big seven food makers — Hershey, Mars, Mondelēz, Nestlé, Cargill, Barry Callebaut, and Olam which make most of the profits off the labor of enslaved children in the cocoa industry.

The same companies can be found in the A-list of sustainable palm oil producers as certified by the Roundtable on Sustainable Oil (RSPO).

This raises an important question for the zoos that use palm oil and orangutans as a “trick” to scare children about deforestation and wildlife extinctions.

Should these zoos have focused on cocoa as a scare tactic to raise awareness of the importance of protecting wildlife?

The facts suggest that zoos, which promoted hate against palm oil, like Zoos Victoria in Australia did, provided covering fire for the big seven as they hid the socio-environmental impacts of cocoa.

The Monster in Halloween Chocolates

It is time that zoos acknowledge the monster. The real monster in Halloween chocolates is not palm oil. Its cocoa, the main ingredient in Halloween treats.

While children chomp on Halloween treats in glee, African children have suffered to make these treats possible so why aren’t zoos telling the kids about cocoa? There is no end to information on the suffering of children to produce cocoa.

A report by Washington Post on “Cocoa’s child laborers” in 2019 already talked about the human suffering behind cocoa. Mars, Nestlé and Hershey pledged nearly two decades ago to stop using cocoa harvested by children. Yet much of the chocolate you buy still starts with child labor.

The Guardian ran an explosive piece just before Easter this year, that accused Cadbury/ Mondelez of using child labor to produce its cocoa.

The US Department of Labor’s website carries a report that sought to reassure consumers that You shouldn’t have to worry that the chocolate you eat might contain cocoa cultivated or harvested by a child. Côte d’Ivoire and Ghana, together, produce nearly 60% of the world’s cocoa each year, but latest estimates found 1.56 million children engaged in hazardous work on cocoa farms in these two countries.
​
The answer is that zoos have avoided raising awareness on cocoa because it’s a hard fact to swallow. The thing is, the easy out is chocolatey treats covered with a soothing layer of “don’t worry honey, its palm oil free” whereas it is impossible to make chocolates without cocoa and not have the faces of African children staring at you.
This is a problem that will become increasingly difficult for zoos to avoid come Halloween time. The reports of child slavery, including hazelnuts as a popular side ingredient to chocolates, demands that the zoos address the entire problem with chocolates, not just side ingredients like hazelnuts or palm oil.

As the US and EU governments look to clamp down on slave labor in food production, zoos, as protectors of biodiversity, must feature the deforestation caused by cocoa in any “boo at the zoo” promotions.

From Africa to Indonesia, the world’s biggest supplying regions of cocoa have caused massive deforestation. Yale University wrote an eye-opening piece on The Real Price of a Chocolate Bar: West Africa’s Rainforests. Ivory Coast has lost more than 80 percent of its forests in the last 50 years, mainly to cocoa production.

The National Wildlife Federation said The cocoa industry is a major driver of deforestation, loss of critical wildlife habitat, and human rights abuses around the world — particularly in West Africa — but also in Latin America and Southeast Asia.

There are frantic suggestions on how the cocoa industry could end deforestation. The Conversation has one. Cocoa industry created groups like the Cocoa and Forests Initiative offers some solutions while others like Cocoalife offer themselves as yet solution. None of these have been effective in stopping deforestation for cocoa according this this new report which named Cargill, Barry Callebaut, Olam, Sucden, Touton, and Ecom, who in turn supply cocoa beans to chocolate manufacturers like Nestlé and Lindt.

These companies are all involved in the supply of Halloween chocolates, whether as branded treats or suppliers in the global cocoa market. It should scare us all that these companies have not been able to push their cocoa supplies to the same level of sustainability as they have with palm oil.

Boo at the Zoo? Maybe its better to skip the chocolate treats this year and hope cocoa supplies will be deforestation and slave-labor free next year.