Update April 04, 2022. Sustainability not enough: Malaysian palm oil sector pushes for better branding and consumer communication
The Malaysian palm oil sector is calling for the implementation of better branding and consumer communication strategies to increase its marketability, saying that providing high quality and sustainable products is not enough to achieve export recognition. Food Navigator Asia
​
Original Post from December 2018. The Malaysian government introduced a national scheme in 2015 to certify its palm oil as sustainable. Under the Malaysian Sustainable Palm Oil (MSPO) initiative, the plan was to have 100% of Malaysian palm oil certified by 2020 in order to meet buyer requirements.

As the target date approaches, it is becoming a hot topic as industry and government officials weigh in on the issue of deforestation. The Malaysian Minister of Industries, Teresa Kok, was quoted recently in a visit to boost MSPO certification in Sarawak state.

“The idea of having the MSPO certification is we want to show to the world that our oil palm estate and oil palm growers have good agricultural practices, our oil palm oil have the feasibility in future, and we want to make our Malaysian palm oil a first class oil and a five star oil in the international market." 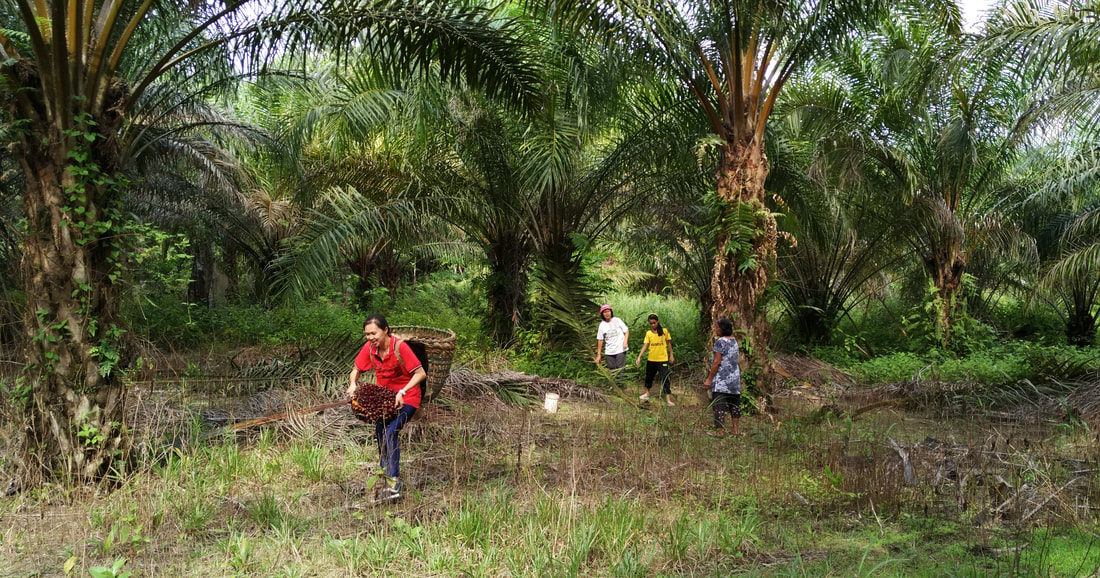 Sarawak state which has declared a moratorium on new industrial palm oil plantations is a friendly environment to push the mission of the MSPO as all stakeholders including the state government and industry associations have pledged their support for the MSPO. The Sarawak Oil Palm Planters Association (SOPPOA)  has pushed back at critics for their “unethical campaigns which threaten the livelihoods of Malaysian farmers.” The association went to question why Malaysian palm oil should be tainted with the loss of orangutan habitats when Malaysia has protected its orangutan population.

“Should a few reported incidences outside Malaysia of orang utan habitat destruction be representative of the whole palm oil industry?"

With the positive actions taken by all levels of government in Malaysia to ensure the credibility of the MSPO, better communications could well be the critical component needed to assure buyers of Malaysian palm oil that it does not cause deforestation on the level that “palm oil” is accused of.

In actual fact, there have been very few reports on deforestation in Malaysia for palm oil in recent history. Our on-going research into Nestle’s palm oil supply from Malaysia has only red flagged supplies from Bintulu Lumber Development which was mentioned in a 2018 report by Chain Reaction Research.  The allegations of deforestation by BLD remain to be verified as the company’s retort from 2016 was not acknowledged by Chain Reaction Research.

The Chain Reaction Research report on BLD is typical of reports which are based on satellite image information which may not show the facts that ground truthing would provide. This recent report from the Indonesian Ministry of Environment and Forestry shows how satellite imaging can distort the truth. In this particular case, the peat dome of Sungai Putri has been under much scrutiny from the skies and alarm bells of orangutan habitats being cleared have been rung by NGOs for years. As reported by Foresthints, the orangutans are safe, forest loss was due to natural factors after ground truthing was done.

Nevertheless, the post on BLD could affect the credibility of Malaysian palm oil as every sign of forest loss or land change detected by the eyes in the skies is generally attributed to palm oil. This attribution of land change or forest loss to Malaysian palm oil, however unjust they maybe, has been noted by the Federal Minister of Natural Resources, Dr Xavier Jayakumar whose speech in Parliament recently called for cooperation between federal and state agencies as a matter of :

“...national security as Malaysian palm oil exports to the EU are being restricted. We are part of international programmes of biodiversity restoration, climate change, and forest reserves.”

Delinking Malaysian palm oil from deforestation is actually very doable but getting the truth out will require the state governments as well as federal governments and industries to work together on better communications. Malaysia’s land use will continue to change as it develops and more roads and housing areas are needed for a growing population. Demand for its agricultural products will also affect land use as evidenced by the rising demand for Malaysian durians. Environmental group concerns that Malaysian durians will have a similar impact as palm oil is unfounded as the durian feeds a niche market whereas palm oil supplies a need for affordable vegetable oils for the world.

Palm oil may occupy the news headlines on European actions to prevent importing deforestation but the truth is the European market is struggling to do just that. Sidelines news on the import of illegal timber from the Amazon to Africa shows the challenges ahead for Europe. Looking at it in this light, it makes sense that the EU countries focus on the lowest hanging fruit to tackle deforestation: palm oil where decades of attention from NGOs makes it easy to identify which supplies involve deforestation.

The immediate challenge for the Malaysian palm oil industry is to distinguish itself as a low risk for deforestation. The MSPO is obviously a great vehicle to achieve this as Malaysian operations are laid bare for all to see once the national certification is complete.

The supply of deforestation free palm oil for the biofuels market in Europe is also reinforced by the existing supply of ISCC certified palm oil from Malaysia. Even this may not be enough to distinguish it due to the elusive factor in Indirect Land Use Change where the theory is that demand will drive deforestation.

This is where national commitments to not only cap palm oil expansion but to also protect existing forested areas will be the key to assure the EU that the risk of deforestation from Malaysian palm oil is low.